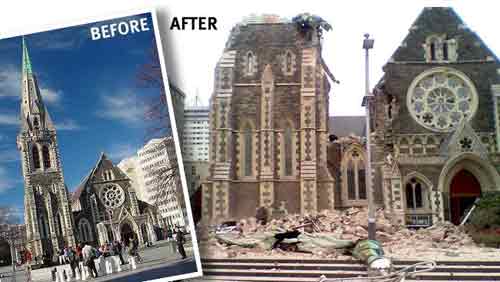 Yesterday Christchurch Cathedral was deconsecrated. It is a building in which some of the most significant events in my life are focused.

On 28 October, Bishop Victoria announced the Christchurch Anglican Cathedral, damaged in the earthquakes, would be deconsecrated on Wednesday, 9 November. The Cathedral has been earthquake-damaged previously (obviously not as severely as now) but never, as far as I know, deconsecrated during its repairs. Bishop Victoria announced that there will be a “controlled demolition for parts of the building…One consequence of this decision is that I will de-consecrate the Cathedral and return it to secular use prior to the controlled demolition.”

Canon David Morrell in the Press (November 5) argued strongly, “Please leave it in its consecrated state… We await with eager expectation [the Cathedral’s] resurrection and ours as a city, province and community… If the Cathedral is deconsecrated, a signal will be sent to the community that the church is stepping aside from the building.”

I am not going to, here, get into all the controversies around the details of the Christchurch Cathedral. There are the appropriate channels and other places to do that.

I have never previously given that much attention to the concept of a building’s “consecration” – so I write this blog post without strong opinions. Pretty much immediately after the announcement that the Cathedral would be deconsecrated, I started to receive emails with questions like:

Please can you tell me why they need to deconsecrate the cathedral before they can start work it?

I serve as chaplain in a school where we attempt, as much as possible, to keep our chapel as a place for worship and spirituality. That is one model. Other places use the same space for, say, worship and other activities (a gym, assembly,…). Some communities worship in a hall. There are other models – with their own integrity.

The 1914 Special Forms of Service for this Church have recently been put online. I have the 1959 revision of this on my bookshelf. The sentence of consecration of a church is slightly different to the 1914 version:

Then shall the Bishop say:

By virtue of our sacred office in the Church of God, we do now consecrate, and for ever set apart from all profane and common uses, this house of God, under the name of…. and to the glory of the ever-blessed Trinity, Father, Son, and Holy Spirit. Amen.

I do remit this building, and all objects remaining in it, for any lawful and reputable use, according to the laws of this land.

This building, having now been deconsecrated and secularized, I declare to be no longer subject to my canonical jurisdiction.

As we try to think through, together, what consecration of a building means, could mean, should mean, I am conscious of several points:

There is no doubt in my mind, and speaking to those present at other deconsecrations of churches that were being demolished, of the pastoral value of marking the end of a building, especially a church. Do we do this well for other buildings? I’m sure that the Cathedral’s service was important for those who were invited to come, there is talk of it being on television in the future, possibly the diocese will place a video of it on its website (nothing there yet – I can place a link here if it does).

Why do we deconsecrate for a partial deconstruction but not for repairs? Is it possibly connected to being able to continue to worship in the building while it is being repaired?

The Roman Catholic Cathedral of the Blessed Sacrament, being deconstructed, has not been deconsecrated.

What do we understand by “secular use”, “profane and common uses”? The diocese, relatively recently, hosted a ball in the Cathedral. It was rented out as a relatively inexpensive venue (eg. for graduation). When there were complaints about non-Christian ceremonies in the Cathedral, the then bishop responded that these were only in the nave, not in the sanctuary or chancel – are there different degrees of consecration?

Most significantly for me, is the thinking through of this sacred/profane dichotomy – I might say, dualism. Isn’t a central tenet of Christianity the uniting of the sacred and the profane? That we meet the sacred in the profane? That there is no dualism between profane and sacred?

How do we celebrate the sacred in one place and one way in such a way that it becomes the means for finding the sacred in all places, in all ways? And how does the way we consecrate and deconsecrate help or hinder this?

Friday in the First Week of Lent 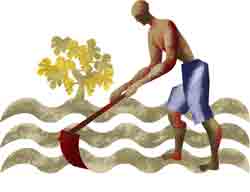 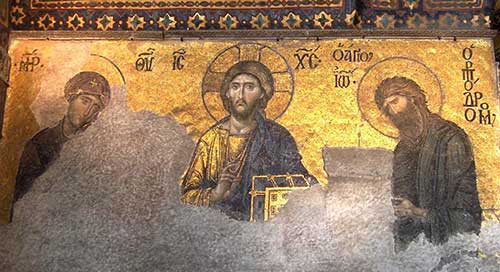 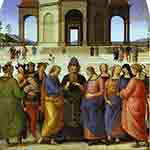