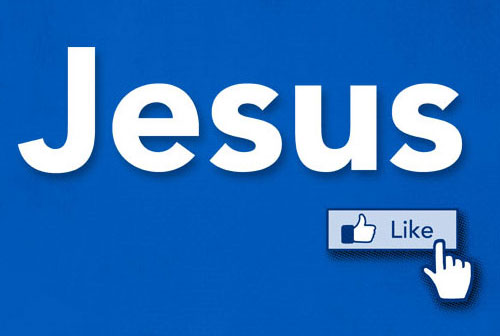 OK. Anyone who has been paying attention would be concerned. I’ve seen Christian communities I care about, approximately halve in numbers of people participating in the last fifteen years or so (a period in which the country’s population grew by 20%). The NZ Census figures on religious affiliation, released this week, present a similarly sobering reflection.

Does it matter? Church community involvement has, in the past, been the normal means for most to grow spiritually. I’ll return to that thought below. Let me brainstorm some of the causes of church attendance decline – add your ideas in the comments below. You may disagree with some particulars, some details I present. The devil, I suggest, in this case is not in the details. Any number of these causes work together to place us in the path of a perfect storm.

Our culture is commitment-apathetic. It is not commitment-phobic; commitment just isn’t something that even appears on the radar screen. People don’t join like they used to (from political parties through golf clubs to cycling clubs). That doesn’t mean they aren’t interested in politics, playing golf, or actually going cycling. Nor does not joining a church mean they aren’t interested in spirituality. Facebook understands the pulse of our culture by choosing to have a “like” button (you don’t “join” a page – you “like” it). Projecting the Census statistics has non-catholic Christianity selling off their last church building as a cafe about forty years from now.

Much of Protestantism is more precarious in our new context. If faith is focused around accepting Jesus into my heart, and the individual-with-the-Bible-alone as all that is needed for personal, spiritual growth, then such a paradigm has always struggled with why go to (belong to) church? “To hear great Bible teaching”, might have cut the mustard in a pre-TV, pre-internet age. But, hello, those days have gone!

“Pentecostal-type churches are still fine” is the cry. Yes, young people go to that type of church. Young people. One pastor of a huge church spoke to me after finally doing the stats. His congregants stayed on average for 18 months. It was an infatuation/falling-in-love-with-God experience for them. Great! Let me stress: there is nothing wrong with that stage in any relationship! Quite the opposite – it is a good thing. But (sorry – spoiler alert!) it doesn’t last. The “Pentecostal-type churches” often struggle to hold the average person through further stages of faith. Story number 2: people at the getting-married/having-young-families stage of their lives, in the largest church I know personally, look back at the massive late-teens group they once were part of there – and now they can count those people still remaining there, a decade or so later, on a hand or two.

My pastor friend also found that when people left – they don’t move to another denomination. They leave church. Spiritual but not religious – have you heard that phrase before? “Traditional” denominations may be great for the long haul – but they are often hopeless at providing the environment for the falling-in-love stage. And tell me, in our market-driven-approach-to-church, where is the cooperation that is providing a natural pathway for its young people from traditional-type-church to “Pentecostal-type churches”; or show me the one from there to traditional-type-church?!

There is little scholarly analysis in NZ. That would mean the Moa taking its head out of the sand and acknowledging there’s a problem. The refrain in the little scholarship that is done presents overseas statistics but there is always little to nothing to guesswork for New Zealand. Dr Kevin Ward gives short shrift to the idea that Evangelical/Pentecostal churches aren’t affected. Only 3.9% of people attending such churches come from no church background. The deck chairs are not just being rearranged, but we are watching them fall over the side of the Titanic, and they are not being replaced.

Running out of babushkas

A priest tried to console me when, longer ago, I saw much of this writing on the wall. He thought of his parish as a community of babushkas, and he assured me that as they died off there would always be new babushkas to take their place in the pews. I didn’t much believe him then. I certainly don’t believe him now. People joining church generally do so younger. It is not something older people suddenly take on without any previous church background. Certainly, if they have had Sunday School background, or church school, or similar, they may come back to it later. But check out Sunday School attendance now. Or point to the number of church schools being newly opened. Do the maths.

So if you want babushkas in the future, or young families, or post-midlifers, put energy into giving children a positive experience of church. Of church. They are not going to come back if their only experience is being siloed off to a room by themselves, separated from the experience of ordinary Christian worship, to colour inside the lines! They don’t want to come back to colour in. They can do that at home.

And open church schools. And staff them with 21st-century Christians. And train and form clergy. Properly.

Being church in the Internet Age

The church, generally, is still doing its mission and ministry in another country: the pre-internet country. Yes, there are still some people living in that country, but most now live in Internet Land. Everything, from movies, and newspapers, through shopping, to education, is metamorphosing what they do to live in this new land. But not the church.

Don’t tell me that human hunger for God, that our passion for spirituality and meaning, has lessened in the same measure as the graphs of church-affiliation and church-attendance declines. A church paradigm that sees belonging to church and participating in sacraments as central to growth in spirituality has a chance of surviving. A church paradigm that sees growth through getting good Bible teaching obviously won’t. And doesn’t deserve to. There’s lots of apps for that.

I think we need a new paradigm. One that takes seriously our new “like Jesus” culture, where we gather for more than just getting what you can download off the web or watch on YouTube, and where we are there together not just for ourselves, not just for growing the numbers in our group, but for genuine loving compassion and service for others. I don’t know what that will look like.

ps. If you really want to prevent young people looking at church with any seriousness, church leaders should spend all your time and energy arguing about something that stopped being an issue for the rest of society long before they were born, and that directly applies to about 5% or so of the population. Set up commissions, have meetings, consultations, and make discipline solely around that one so-last-millennium issue.

pps. For those not convinced of the networking power of the internet, one post I put up this week on my facebook page reached a quarter of a million people.

ppps. In many ways the above post follows my post from two days ago presenting the NZ Census figures on religious affiliation. Other places discussing these figures: here, here, and here (I have yet to be convinced of the thesis of this last post, both the statistics of the 1890s aberration, and the assumption that the slope starts there rather than that, if the stats are correct, the 1890s is a spike).

pppps. In response to my previous post on the figures, I was sent articles with a regular thread of the importance of schools and formation to Roman Catholic young adults. 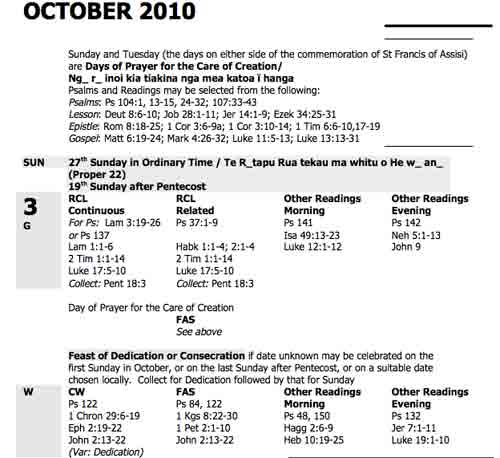 Anglican Church of Or 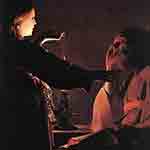 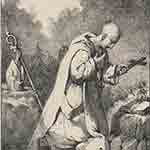 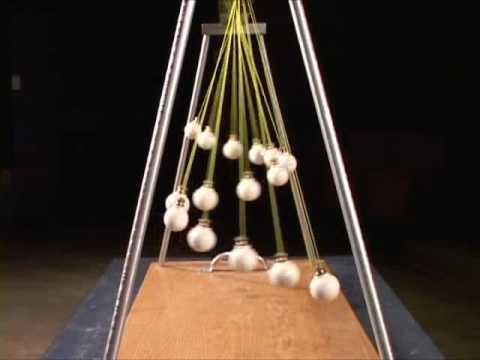