How Jewish is your Jesus? 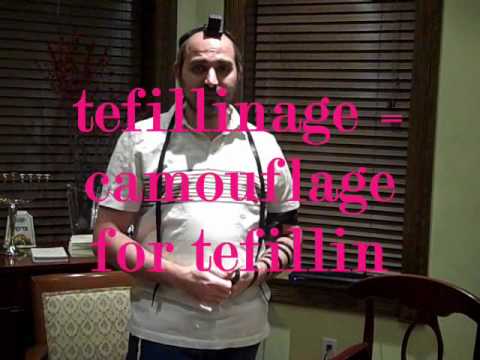 Last week a flight from New York to Louisville was diverted to Philadelphia when the flight crew saw a 17-year-old Orthodox Jew wearing a pair of tefillin (phylacteries) while praying. The flight attendant asked for, and received an explanation. Nonetheless, fearing a terrorist attack, police, officials from the FBI, and Transportation Security Administration stormed the plane, at gunpoint ordered everyone to put their hands up, and handcuffed the lad.

Jesus, it seems had tassels on the four corners of his outer robe (Mt. 9:20; 14:36; Mk. 6:56; Lk. 8:44), Jesus most probably wore tefillin (phylacteries) while praying, and almost certainly the Pharisees who disputed with him would have worn them all the time. Is this your image of Jesus? And if not, why not? Do we make Jesus into our own image, forgetting that he would feel pretty much at home in contemporary Jewish or Eastern Orthodox worship, and might feel a bit out of place in the “non-liturgical” worship that maybe most of those on the plane are used to?

And if (as Christians) we don’t recognise the tefillin (phylacteries) from our interest in Jesus (and at least our reading of Matthew’s Gospel), what about our knowledge, respect, and understanding of other great World Faiths, not least the Jewish religion? Jews regularly wear tefillin (phylacteries) on planes flying into New York from Israel. New York is well known for its large, significant Jewish population. Surely knowing about Jewish prayer practice is an essential part of well-educated general knowledge?

In this video, Shmuly Tennenhaus demonstrates how one might pray using tefillin on an aeroplane without frightening ignorant passengers and crew.  As always, beneath good humour is a serious point. Enjoy. 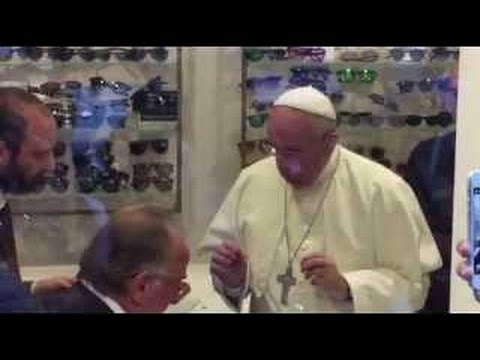 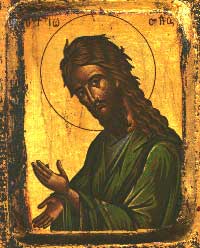 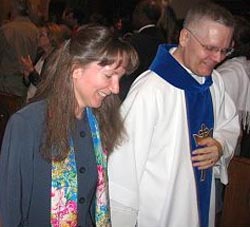 Vatican allows deacons to have sex