Louise George recently wrote an article in the Sydney Morning Herald about a worship experience which is certainly not confined to Sydney:

…recently I attended the christening of the newest member of the extended family. The christening, one of two, was at the beginning of the Sunday morning service. There was a tiny contingent of regular worshippers in a congregation inflated by the families and friends of the children being baptised.

To be fair, it’s a while since I attended a christening or indeed a church service, but I did expect that I would recognise both. I didn’t. Not the words, not the hymns, not the prayers (other than the Lord’s Prayer).

The service began with ”OK. We’ll get started now.” Well, we sort of did. I presume it was an attempt to be contemporary, but really the service sounded like it was being made up on the spot; there was no flow, no structure, and no sense of occasion.

Feeling a bit out of touch, I was encouraged to see that one of the hymns was Rock of Ages. You beauty! I thought. I know all the words to this. Well, I did, but there were way too many guitar riffs and keyboard variations and, despite the words being shown on a dropdown screen, the phrasing was known only to the singer-guitarist who, when not ”on”, spent his time playing with his smartphone in the front pew.

With the baptisms out of the way, the children were whisked out to ”activities rooms” while the adults remained for the regular service. This consisted of a long disjointed sermon followed by a lengthy harangue about the financial circumstances of this particular church and a marketing pitch, accompanied by graphics (again on the drop-down screen) encouraging us to tithe a percentage of our salaries to the greater good…

Clearly, churches no longer attract the congregations they once did. No doubt there are myriad reasons for this, and perhaps the adoption of an informal approach is thought to be more appealing to a younger generation. But it is hard to see how the complete dumbing down of the hymns, the content and the structure of any form of worship does not do a disservice to everyone, particularly the young…

I am convinced that using powerful symbols well, with understanding of the efficacy of sign and symbol, is central to transforming worship. Baptism is such a rite.

I am not as quick to think that younger generations lack appreciation for the “formal”, for signs, symbols, and rituals. One of the primary experiences for young people is education. In our culture that is mostly done formally, they wear a uniform, behave formally in classroom, assembly, and graduation. If there has been much call from young people for the removal of academic gowns, for example, and the casualisation of university graduations – I’ve missed this.

Some churches have been captured by an ideology addicted to bringing casualness where the Christian heritage of worship has never previously had this. And let’s not forget – the majority of Christians still worship in a non-casual context.

H/T Dumbing Down Our Worship? 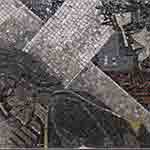 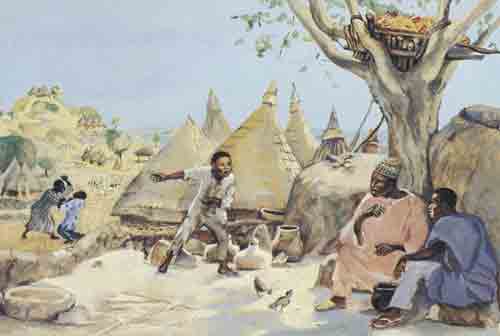 church – a small community of volunteers