My Our Father gift to the Vatican

Our Father, who are in the heavens,
may your name be sanctified,
may your kingdom come,
may your will be done, just as in heaven, so also in earth.
Our daily bread give to us today,
and let us off our debts,
just as we also let off our debtors.
And lead us not into temptation,
but free us from evil.

An alert reader of this site has drawn my attention to a very significant slip-up in the new English translation of the Roman Missal: The Lord’s Prayer (the “Our Father”). Since the Vatican ruling, Liturgiam Authenticam, every word, every line has gone under the microscope. Nothing has been spared. Even word-order and structure is conforming, as much as possible, to Latin word-order and structure.

Except for the Lord’s Prayer.

Let me, supportively, help the Vatican out. I have, as yet, been unable to ascertain whether the internationally ecumenically agreed contemporary English version of the Lord’s Prayer, used in many Roman Catholic Churches in New Zealand, will be one of the “local amendments” that the New Zealand Catholic Bishops Conference is asking permission for from the Vatican (“Our Father in heaven, hallowed be your name, your kingdom come,…”). But, IMHO, it does not satisfy Liturgiam Authenticam. But nor does “Our Father, who art in heaven, hallowed be thy name; thy kingdom come, …”!!!

The rumour is that the new Mass translation is only a first step and will soon need to be revised (here is one example of the rumour, but I’ve heard it more than once). “Our Father who art in heaven…” stands out as an original sore thumb in a totally cosmetically-surgerised body (come on Latin-derived neologisms are allowed, encouraged, in this context!). The whole new English Mass text uses “you, your” – except in the Lord’s Prayer, where it becomes “thy”. Then suddenly in the doxology it transmogrifies back to “For the kingdom, the power and the glory are yours now and for ever.” Very strange!

So … drumroll please… here is my gift to the Vatican and to English-speaking Roman Catholicism. The Latin Lord’s Prayer translated according to the principles of Liturgiam Authenticam. There’s even still plenty of time to include it in the revised texts. Why should contemporary Roman Catholics continue to use the English translation of the Anglican 1928 Book of Common Prayer?

Pater noster, qui es in caelis,
Our Father, who are in the heavens,
sanctificetur nomen tuum,
may your name be sanctified,
veniat regnum tuum,
may your kingdom come,
fiat voluntas tua, sicut in caelo, et in terra.
may your will be done, just as in heaven, so also in earth.
Panem nostrum cotidianum da nobis hodie,
Our daily bread give to us today,
et dimitte nobis debita nostra,
and let us off our debts,
sicut et nos dimittimus debitoribus nostris.
just as we also let off our debtors.
Et ne nos inducas in tentationem,
And lead us not into temptation,
sed libera nos a malo.
but free us from evil.

Ps. If there is some argument that there would have been riots had there been a Liturgiam Authenticam-complying Lord’s Prayer introduced to replace the beloved BCP 1928 text is that saying that in changing all the other texts they were not much loved?
PPs. You read it here first: the (unchanged) Apostles Creed will become much more used than the currently-norm-but-significantly-changed Nicene Creed. 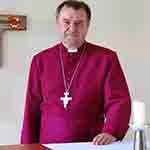 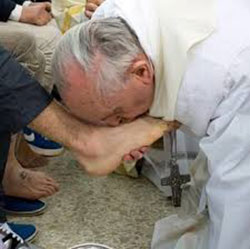 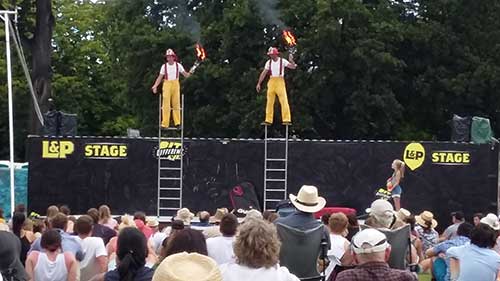