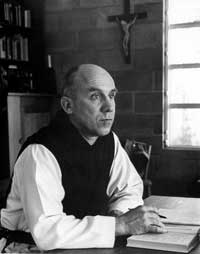 As followers of this site are well aware, in 2006 I put a motion to our diocesan synod which set in train adding Thomas Merton onto our church calendar (sort of Anglican equivalent to canonisation). That has now passed our General Synod, all diocesan synods, and needs to return to General Synod for a final vote. As there are no issues anticipated, the feast day is provided in our church’s liturgical resources already.

I have had a fascination for Thomas Merton for four decades. How astounding, then, that I am chaplain at Christ’s College where Thomas Merton’s dad went to school. A photograph of Thomas Merton hangs in the entrance to the Selwyn Building (the chaplaincy building).

Next week, December 10, in the Christ’s College Chapel – forty years since his death – at 7:30pm there is a service of Remembrance and Thanksgiving, including Readings, Sermon, Prayers, Carols and Music: “A Christmas Service in which the city of his father remembers Thomas Merton.” Bishop Barry Jones (Roman Catholic) and Bishop Victoria Matthews (Anglican) will be in attendance, along with the Villa Maria Choir – Con Brio. Everyone, of course, is warmly welcome. (Apologies to my regular readers from Seychelles, Korea, Poland, and elsewhere for the short notice!)

My gratitude to Jane Teal, the Christ’s College archivist for her research:

The Merton Family and Christ’s College

The Christ’s College connection with the Merton family began in January 1858 with the appointment of Charles Merton as an assistant master to teach singing. Charles and his wife Charlotte (nee Street) had arrived on the Egmont in December 1856 with their son Charles and his parents James and Susan.

With the appointment of a third master the College could no longer afford to employ him, so Henry Jacobs regretfully had to dispense with his services during 1859. During this period the College roll was 34 (1858) and 47 (1859). Charles Merton set up his own school in Rangiora, and there is evidence in the College Archives of his pupils who furthered their education at Christ’s College, including his sons.

George Henry Merton (1868-1871) was appointed the first Headmaster of the Cathedral School (now Cathedral Grammar School) in 1881 and when the School came under the auspices of Christ’s College in 1895 he became the Master in Charge of the Lower School and Boarding House Master for the boys under 13 years. Many of the boys in the Lower School were Cathedral choristers, and it was one of Merton’s jobs to balance the requirements of the boys to enhance Cathedral music and to be part of College. At various times he was also involved in shooting, gymnastics, and swimming. He left in 1920.

There is a stained glass window in the College Chapel in George Henry Merton’s memory. It is of St George and the dragon and was completed by the stained glass firm of Heaton Butler Bayne of London. It was donated by his daughters, Nora Trischler Reeve and Gladys Louise Fell.

His son Charles Harry Trischler Merton was at Christ’s College from 1895-1901. He became an engineer, married and enlisted with the 3rd Australian Division in the First World War. He was killed in action on 9 June 1917 and is buried at the Strand Military Cemetery in Belgium.

Alfred James Merton (1870-1873) was appointed Music Master and Organist at Christ’s College in January 1879 and retired in 1918. He founded the band and the orchestra and continued the already long established choir. He encouraged House singing and concerts were a regular part of College life as a result of his influence. He was the composer of the music of the College Song. William Pember Reeves wrote the words.

He and his wife Gertrude Hannah (nee Grierson) (also a school teacher) had six children.
Their two sons John Llewellyn Charles Merton (with the 7th Reinforcements in WWI and later a barrister and solicitor) and
Owen Heathcote Grierson Merton (see below) came to Christ’s College.

Arthur Orlando Merton (1873-1875) managed his father’s farm at Rangiora and then became an Assistant Master at Christchurch Boys ‘ High School in charge of the Junior Department. After his retirement he turned his attention to fruit growing which had been a long held interest.

One of their sisters, Charlotte Merton married Carl Ferdinand Bunz, a Christchurch Musician, and they sent their three sons to Christ’s College:

Arthur Bunz (1894-1894), Leonard Merton Bunz ( 1894) and George Angus Bunz (1895-1898)
Owen Heathcote Grierson Merton is the most well known of the third generation of the family to be associated with Christ’s College. He was enrolled from September 1895- to the first term of 1903, and was therefore in the company of his brother and three of his cousins during this time.

He very quickly established himself as a runner of some ability by winning the 100yards under 10 yeasr and under 11 years in successive years 1896 and 1897. In 1900 he was second in the Chapel Choir Handicap at the College Sports, a race which had been introduced that year, and in 1901 he came first in the ¼ mile under 15 years.

While in the Lower School (1896-1898) Owen was taught by his Uncle, George Henry Merton, and received prizes for Music, Latin and History. It is not until 1900 when he is in the Upper Fourth Form that he again appears on the Prize list, this time for Music, Carpentry and Literature. By 1901 he is second in the Upper Fourth Form with class prizes for French and Carpentry. He also appears in the Special prize list for Artistic Drawing.

The Lower Fifth Form is the last full year that Owen Merton is at Christ’s College. In December he received the class prize for Divinity and a Special Prize for Advanced Drawing.

The 1903 School List indicates that Owen left Christ’s College in the first term of 1903. He would have been aged 16 years. 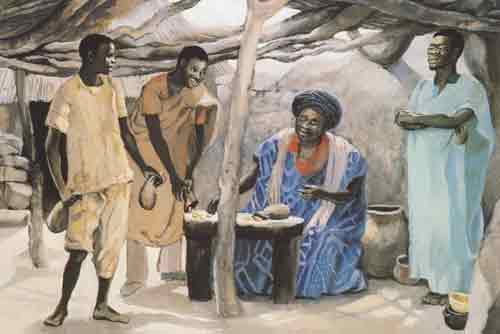 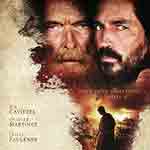 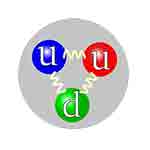 The Trinity and a Baryon