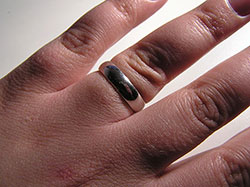 I was speaking to a Polish couple in a cafe recently. They both had a wedding ring on. On their right hand. We started chatting about that, and it led me to do some research:

In Brazil, Canada, Egypt, France, Hungary, Ireland, Italy, Mexico, Slovenia, Sweden, Turkey, the UK, and the USA the wedding ring is generally worn on the ring finger of the left hand.

Eastern Orthodox wear it on the right hand. Blessing the wedding ring and putting it on the bride’s finger dates from the 11th century.

In medieval Europe, the Christian wedding ceremony placed the ring in sequence on the index, middle, and ring fingers of the left hand, representing the Trinity; God the Father, God the Son, and God the Holy Spirit respectively. The ring was then left on the ring finger.

Then shall they agayne looce theyr handes, and the manne shall geve unto the womanne a ring, and other tokens of spousage, as golde or silver, laying the same upon the boke: And the Priest taking the ring shall deliver it unto the man: to put it upon the fowerth finger of the womans left hande. And the man taught by the priest, shall say.
With thys ring I thee wed: Thys golde and silver I thee geve: with my body I thee wurship: and withal my worldly Goodes I thee endowe. In the name of the father, and of the sonne, and of the holy goste. Amen.

Then the man leavyng the ring upon the fowerth finger of the womans lef hande, the minister shal say,
Let us pray.
ETERNAL God creator and preserver of al mankinde, gever of al spiritual grace, the author of everlasting life: Sende thy blessing upon these thy servauntes, thys manne, and this woman, whome we blesse in thy name, that as Isaac and Rebecca (after bracellets and Jewels of golde geven of thone to thother for tokens of their matrimonie) lived faithfully together; So these persons may surely perfourme and kepe the vowe and covenaunt betwixt them made, wherof this ring geven, and received, is a token and pledge. And may ever remayne in perfite love and peace together; And lyve accordyng to thy lawes; through Jesus Christe our lorde. Amen.
Then shal the prieste joyne theyr ryght handes together, and say.
Those whome god hath joyned together: let no man put a sundre.
Then shall the minister speake unto the people.
FORASMUCHE as N. and N. have consented together in holye wedlocke, and have witnessed the same here before god and this cumpany; And therto have geven and pledged theyr trouth eyther to other, and have declared the same by gevyng and receyvyng golde and sylver, and by joyning of handes: I pronounce that they bee man and wyfe together. In the name of the father, of the sonne, and of the holy gost. Amen. 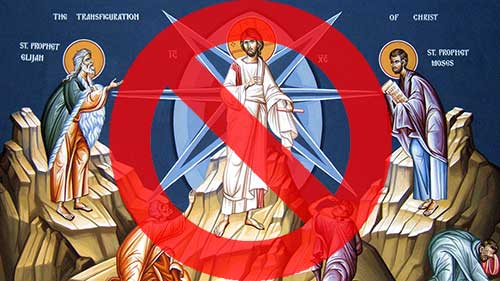 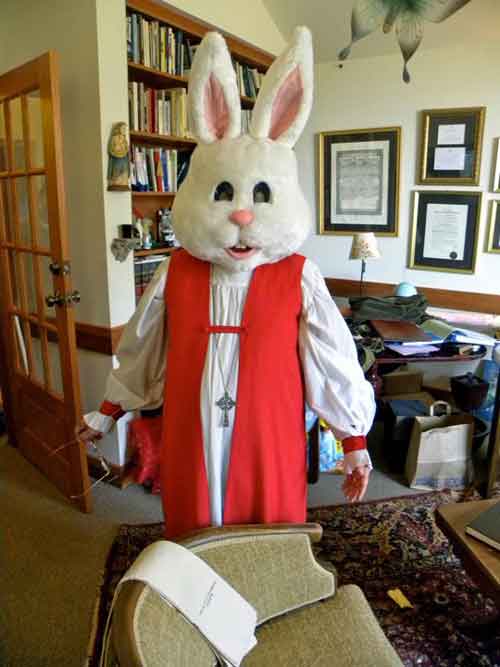 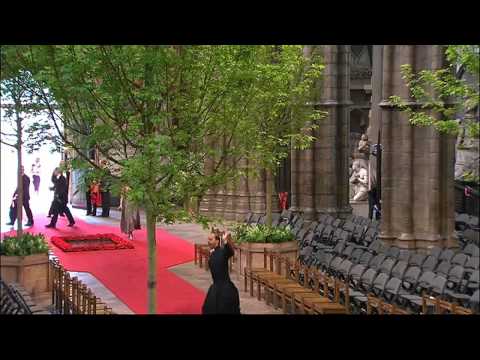