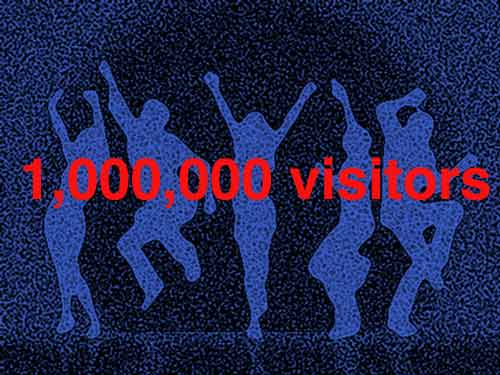 The webcounter (at the bottom of each page) has just clicked over the 1,000,000th visitor to this site! (The millionth visitor was from Fort Lauderdale, Florida, United States). Four years ago I had the digital version of my book Celebrating Eucharist which I thought I could make more accessible by purchasing a domain and placing it on there. I had just been asked to give a lecture on worship developments since the publication of the NZ Prayer Book, and, in researching for this, had been horrified at some of what I discovered. Placing the book online was a small step, I hoped, to improve things.

I was very surprised when what I thought then were a lot of people started coming to the site. So I started adding a few more resources. And more people came. After a while I had built up a significant website – but I had done it without really knowing what I was doing. Here is an image of the first page recorded by the internet archive a couple of months after starting the site. After a while the site was growing so much and interest also growing, that I realised I had made a complete messy tangle. I bought new software and took six months to rebuild the site from scratch. Then people started suggesting I add a blog to the website, which I did. But I feared adding a comments facility because I have seen so many sites with fights – including a really good site which in the end closed down because the host could not take the ongoing nastiness. Nearly a couple of years ago I cautiously opened comments. I have been thrilled by the positive culture and community that has built around the site (the spam filter has filtered out 15,737 spam comments in that time!)

The number of visitors continues to grow: 61,330 in the first year 13 April 2006- 13 April 2007. 168,855 in the second year. 270,355 in the third year. 499,460 in this fourth year. I remember discussing visits with internet experts who were enthused when I was heading towards a hundred visits a day. That, they thought, was a good maximum to aim for – there just, they thought, wouldn’t be more interest than that on the internet for this “niche”. Well now there are days with around 4,000 visits.

Associated with this site there is an RSS feed, an occasional email newsletter (see bottom right of that linked page), a facebook page, and a twitter. This website is the most visited Christian site served from New Zealand. And the twitter is the second most followed twitter located in New Zealand. There is clearly a strong interest in worship, liturgy, and spirituality.

Another way to look at the interest:

ps. I could see that the counter was going to turn in the middle of the (NZ) night, so I called on some help through twitter and facebook to encourage some more visitors and waited up for it to turn a million. Thanks everyone for your help. And sorry to those whose advice to go to bed I ignored 🙂 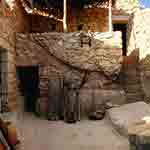 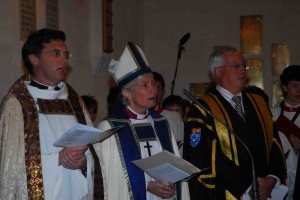 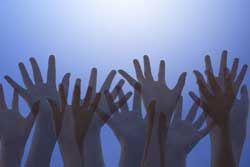