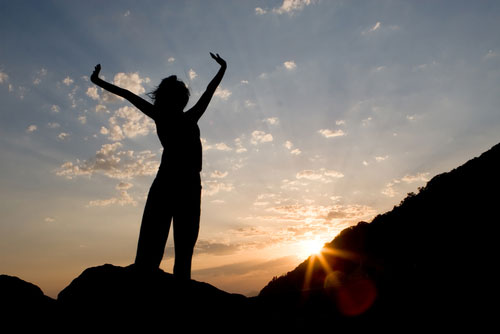 “Spiritual but not religious”

I am indebted to Sister Sandra Schneiders’ paper “Religion and Spirituality: Strangers, Rivals, or Partners?” (PDF) for elucidating the relationship between religion and spirituality.

“Non-religious” spirituality at its worst is “privatized, idiosyncratic, personally satisfying stance and practice that makes no doctrinal claims, imposes no moral authority outside one’s own conscience, creates no necessary personal relationships or social responsibilities, and can be changed or abandoned whenever it seems not to work for the practitioner.” This tendency is amplified by the very post-modern context in which we find ourselves.

Sister Sandra concludes that at best religion and spirituality are at their best in partnership. Religion provides the context that makes spirituality possible for the majority of people. “It makes it possible to initiate people into an authentic tradition of spirituality, gives them companions on the journey and tested wisdom by which to live, and supports them in times of suffering and personal instability.” She argues that both for the individual and the community, the quest for God is too complex and too important to be reduced to a private enterprise. Religion at its best provides the authentic rooted heritage, the healthy guidelines, the sacred texts and rites that nourish our spirituality in a profound way and provide deep communion with a whole faith community, past, present, and future.