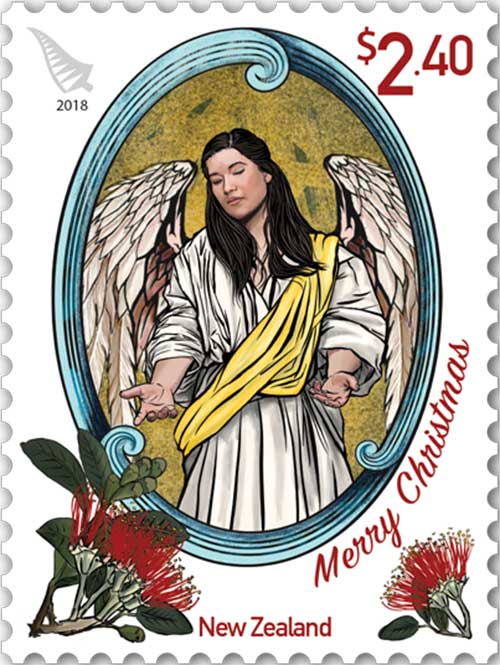 Over the years, NZ has, on its stamps, minimised the Christmasness of Christmas. It is great to see (at least for old people who still use stamps 😉 ) that this year Christmas on stamps is back. 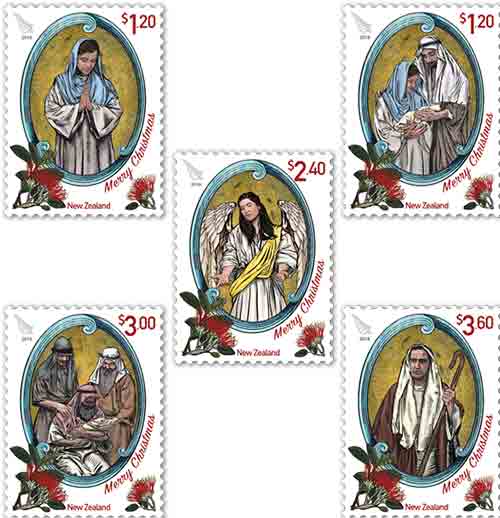 They are designed by Saint Andrew Matautia. They include images of pohutukawa (our Christmas tree). But NZ Post can’t quite bring itself to put “Aotearoa” on the stamps as well (maybe next year).

$1.20 The Virgin Mary
An angel appeared to Mary and told her she was to be the mother of Jesus through the divine intervention of the Holy Spirit.

$1.20 The Baby Jesus
Jesus was born in a stable Bethlehem because there were no rooms available in the town. Joseph and his wife-to-be Mary had travelled to Bethlehem to register for a census, and all the inns were full.

$2.40 The Christmas Angel
An angel appeared before poor shepherds and led them to the lowly stable in Bethlehem.

$3.00 The Wise Men
Far to the east, a group of wise men saw a new star in the sky. They followed the star to Bethlehem, taking with them gifts of gold, frankincense and myrrh.

$3.60 The Humble Shepherd
The shepherds recounted that an angel had told them of the birth of Christ the Lord.

What is your country producing for Christmas stamps?