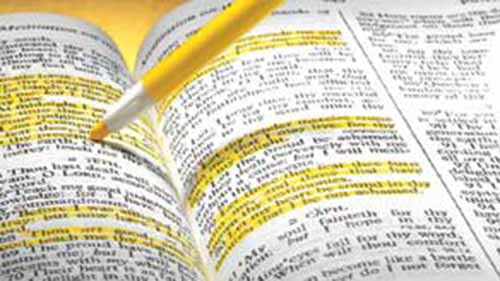 A few things I have been reading around the web…

Penal imagery represents one of the most serious deformations of Christian thought, a sad detour for theology. That it has now passed into fixed dogma within some circles should be of great concern to all Christians. Those who hold to this dogma would do well to return to the fathers and consider the scope of Scripture. The labyrinth of proof-texts that are often assembled to argue for the penal model are but isolates. They belong in no over-arching theme of Scripture or central story of the faith. They are foreign to the sacramental life of the Church as it lives its life in union with Christ.

The cross is not what God inflicts upon Christ in order to forgive. The cross is what God endures in Christ as he forgives.

As I understand it, the Saturday of Easter Week, in the ancient Gelasian and Gregorian Sacramentaries, is the ‘Close of Easter’. The Gregorian collect of that day talks about us having celebrated the Paschal Feasts (paschalia festa egimus), and Gelasianum numbers the following Sundays as ‘after the close of Easter’.

The post-Conciliar reforms made much of Easter being 50 days long and being one single Great Day of Feast. They renamed the Sundays as ‘of Easter’ rather than ‘after Easter…

As I understand it, since the Saturday in Easter Week was the Clausum Paschae, the Sunday after it, the English Low Sunday, was the First Sunday After the Close of Easter. So when Traditionalist Catholics and Prayer Book Anglicans call the following Sundays ‘After Easter’ they do not quite mean ‘After Easter Sunday’, but, technically and pedantically, ‘After the Great Seven-day Festa Paschalia which stretch from the Easter Vigil until they “close” before the First Evensong of Low Sunday’….

Fr John Hunwicke doth protest too much, methinks. Certainly we cannot expect liturgy to be 100% neat and tidy – it has evolved, with different traditions combining. Certainly the Octave of Easter takes precedence over every other observance. Even St. Mark’s Day was postponed from Easter Friday. This first week of Easter is called “Bright Week”. But to go so far as to say Easter concludes at the end of the first week of Easter is a bit like not counting Holy Week in the 40 days of Lent. Holy Week is Lent in bold capitals. Bright Week is Easter in bold capitals. As for some of Fr John’s supporters who can stretch Easter 40 days to Ascension Day, but “do not think that it is possible to “stretch” a feast to the extent of 50 days without dulling the edge”…

Inerrancy is all about paying lip-service to the Bible, while actually working hard against it, in order to prevent what it actually says from undermining one’s extrabiblical doctrine about what the Bible is.

The Pope during Holy Week and Easter

The message which Christians bring to the world is this: Jesus, Love incarnate, died on the cross for our sins, but God the Father raised him and made him the Lord of life and death. In Jesus, love has triumphed over hatred, mercy over sinfulness, goodness over evil, truth over falsehood, life over death…

Let the joyous wonder of Easter Sunday radiate through our thoughts, looks, attitudes, gestures and words

Friends can disagree – a model for church?

…in the spring of 2011, the Rev. Tory Baucum drove 100 miles south to Richmond to introduce himself to the Rev. Shannon Johnston. And now the friendship that resulted, nurtured over Guinness in the bar of Richmond’s storied Jefferson Hotel, at dinner with their wives and during many difficult conversations, is being hailed as one of the most unexpected and intriguing developments in a bitter feud that has split the Episcopal Church in the decade since the denomination elected an openly gay bishop….

Closer to (my) home, my friend and colleague Rev. Dr. Peter Carrell yesterday, on the eve of the meeting of General Synod Te Hinota Whanui (GSTHW), eirenically blogged that he thinks he could live with Same Sex Blessings being permitted by GSTHW. Peter would be New Zealand’s most high-profile blogger in our church presenting a conservative position in this debate. I use as a model of holding together different positions the example of clergy’s total freedom to officiate at a wedding of a divorcee or not, Peter offers differences in our church about pacifism, abortion, and euthanasia. Do read the whole post.

…To permit bishops to exercise discretion in respect of their priests blessing same sex partnerships would be a different step [of changing our doctrine on marriage in favour of incorporation of gay marriage]. No change of doctrine would be required and no pastoral obligation would lie with clergy to perform such blessings because this would not be embedded in our formularies.

Nevertheless such a step would be a step too far (as I understand it) in the eyes of some clergy. One reason would be that even to publicly admit such a possibility as a formal aspect of church ministry would be to change our teaching on homosexuality. Another reason would be that it would be seen as a step along a ‘slippery slope.’

Why, nevertheless, do I think that I could live with this option being agreed to by our General Synod?

(2) It offers a way forward for members of our church who in good conscience before God see good coming from blessing the relationship of two people who wished to live a faithful, committed, stable partnership…

(3) It involves no compromise in my own beliefs about marriage and human sexuality. Nor does it require me to stop debating issues…