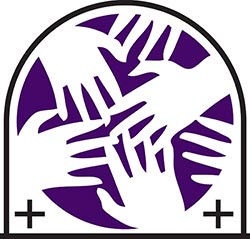 A question caught my eye on another site. People have been debating for days there whether women can be ordained. In one comment my blogging Kiwi colleague, Peter Carrell asked “do you think that by being ordained we have unwittingly demeaned lay brothers in ministry?” Go to his site if you want to join in on the women’s ordination discussion. Rather than derailing that discussion, I want to expand my answer, “Yes!“, here, and think about some ways that there can be ordination devaluation.

If a relatively small diocese has ordinations of 30 or so at a time, ordination is in danger of devaluing. Both the lay and the ordained are being devalued. If all/many/most persons who serve or lead are ordained, there is ordination devaluation.

If a lay person dresses in what many perceive as the vesture of the ordained (in some places that is an alb), stands “up the front”, and usurps priestly roles in a service, both the lay and the ordained are being devalued. It is the right of laity “in the pews” to be able to sense they are fully and equally participating in a service.

If people look at a layperson with quality theological education and superb pastoral formation, wondering why they are not ordained, ordination devalues.

If we think that by “lowering the bar” for ordination there will be more younger people applying for ordination, then we misunderstand the way young people work, their desire to be challenged, and their attraction to demanding adventure. There is ordination devaluation.

If only men can be ordained, but lay women can take on some leadership roles, and then we widen the requirement for ordination (for example from celibates, to married male deacons), ordination can devalue.

This is no minor issue. Ordination devaluation jeopardises the church’s ministry and mission.

Or at least that’s what I think. And, of course, I could be wrong…