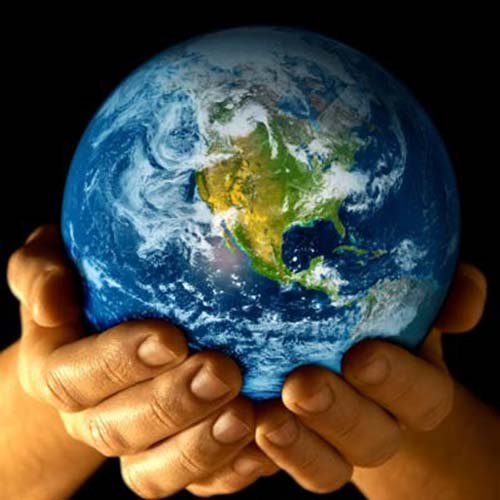 God blessed them, and God said to them, ‘Be fruitful and multiply, and fill the earth and subdue it; and have dominion over the fish of the sea and over the birds of the air and over every living thing that moves upon the earth.’ Gen 1:28

It’s Creation Season. And recently a biologist asked me about the word “have dominion over” in the above quote – it can give the impression that we can do whatever we like with creation. And that is often the way people have interpreted God’s intentions. This obviously leads to catastrophic results. But does the original actually mean that?

Firstly let me be clear: if “have dominion over” does actually mean that the author of that passage thought we humans could [should] (use and) abuse creation, I don’t think we (Christians) are bound to follow that. In other words, because I am not persuaded that I need to hold to everything within the Bible as being correct and binding on me, I feel free to attempt to ascertain what “have dominion over” actually meant/means. I am not working backwards from wanting to get to a pleasant interpretation by twisting the exegesis so that it ends up saying just what I want it to say (as so much Bible interpretation seems to be).

וּרְדוּ is Qal Imperative of רָדָה (radah) “have dominion”. Firstly, in all cases in the Bible, רָדָה is used for power, control, and authority of one individual or group over another. It literally means “to tread down”.

Next, we notice, the context of Genesis 1,

Let the earth put forth vegetation: plants yielding seed, and fruit trees of every kind on earth that bear fruit with the seed in it.’…

Let the waters bring forth swarms of living creatures, and let birds fly above the earth across the dome of the sky….

Humans in contrast, in Genesis 1, are not “brought forth” in this manner. Their creation is different. In other words, in Genesis 1, humans are not seen as simply another creature.

In Genesis 1, humans are made in God’s image. God, it is worth remembering in this reflection, in Genesis 1, is benevolent.

The sun and moon also “rule” – admittedly with the more genial מֶמְשָׁלָה (memshalah) not רָדָה.

Also note: dominion does not extend to humans being allowed to kill and eat animals (Gen 1:29-30). In Genesis 1, humans are to be vegetarians.

רָדָה, dominion, is a royal word. It describes what kings do:

May he have dominion (רָדָה) from sea to sea,
and from the River to the ends of the earth. (Psalm 72:8)

But note the expansion of what this dominion (רָדָה) ideally means in this coronation psalm:

For he delivers the needy when they call,
the poor and those who have no helper.
He has pity on the weak and the needy,
and saves the lives of the needy.
From oppression and violence he redeems their life;
and precious is their blood in his sight. (Psalm 72:12-14)


Ezekiel 34:4 shows God’s displeasure against the misuse of רָדָה:

The context beyond the Genesis 1 text (ie. the original context in which it was written and read) is of people living mostly hand to mouth, struggling to get food from the soil. Why I am writing this is to note that in the power-differential of the author, it is nature that is decidedly stronger; translating this into our own time without noting the shift to the struggle to have dominion over creation’s natural power assumed within the text is abusing the text. This is still true even when one acknowledges the probable Priestly authorship of Genesis’ first chapter.

If we move beyond this first chapter into the Yahwist creation account of Genesis 2, here the human is not made in a different way to the animals, and the language is in no way that of abuse and power, but of service and equality.

The editor, then, of Genesis, at the very least holds together both approaches to creation – the Priestly and the Yahwist, Genesis 1 and Genesis 2.

In conclusion, I think it is unfair to set רָדָה in Genesis 1 over against a sensible contemporary (scientific) approach of humanity’s place and responsibility within God’s wider creation. This interpretation takes account of the context of the wider text of Genesis 1, the use of רָדָה in other scriptures, the social context of the original author(s) and hearers/readers, and the canonical context of Genesis 1 as having been edited alongside a balancing approach in Genesis 2.

6 thoughts on “Subdue the Earth and have Dominion”