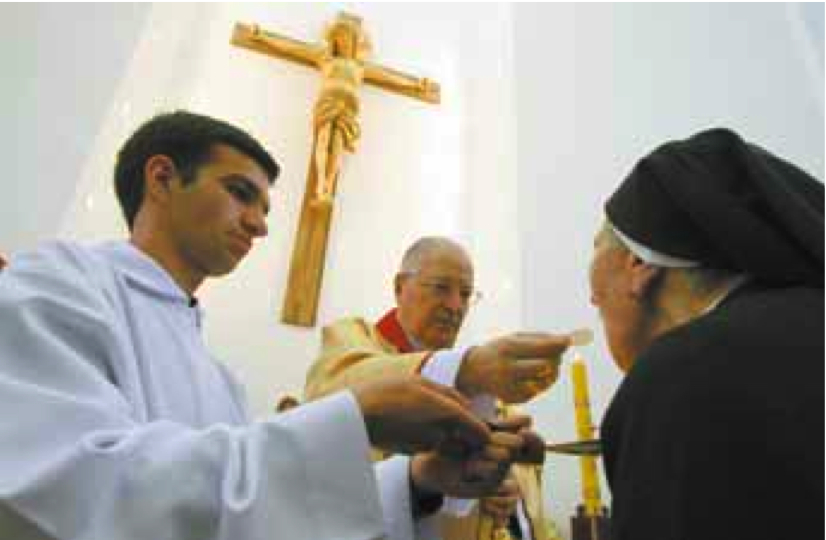 Sydney’s Anglican diocesan synod has affirmed that deacons may preside at the eucharist.

Sydney Anglicans, unsatisfied with being as protestant/neo-puritan as possible within Anglicanism’s wide spectrum, have decided to continue to be hell-bent to destroy catholicism. Without changing any legislation, they have used Orwellian newspeak to affirm that deacons may preside at the eucharist under current legislation and without further authorisation, and that lay people may do so with a bishop’s licence.

Within Catholicism one could hardly find a more sensitive issue than to fool about with the Holy Eucharist and its celebration. The Church of England Newspaper, well known for its “conservative evangelical stance”, without explanation, has put the clearly Roman Catholic or Anglican Catholic photograph (above) on its front page article (31 October) with the heading “Sydney says deacons can now preside”. It knows (a picture is worth a thousand words) the measure is primarily anti-catholic. Sydney is cutting off its face to spite its nose.

In a diocese in which celebrating the eucharist three or four times a year would not raise and eyebrow, claims that there is a shortage of priests, and that the measure is mission-focused are clearly cynical.

Sydney is well-known for anti-catholic measures. Priests there are forbidden from wearing a chasuble at the eucharist. Whilst vociferously quoting from the Book of Common Prayer (BCP) when it fits with its particular style of Calvinist Gnosticism, the Sydney diocese picks and chooses when to apply it. It does not merely breach the BCP’s requirement of a chasuble at the eucharist, but forbids its clergy from following that requirement!

The Book of Common Prayer has, since 1559, had the rubric “such ornaments of the Church, and of the ministers thereof, at all times of their ministration, shall be retained, and be in use, as were in this Church of England by the authority of Parliament, in the second year of the reign of King Edward the Sixth.” Clearly the chasuble is required by the Prayer Book (photo: example of the type worn during the second year of the reign of King Edward VI). Puritans regularly insisted on presiding in their street clothes, or peasant’s jacket. One priest wanted to make his point by wearing his hat during the service. The authorities made concessions, allowing the surplice to suffice, although the rubric was not changed.

Sydney diocese has for 25 years been advocating lay-presidency of the eucharist (which they term “administering the Lord’s Supper”). In 2003 the legal steps were begun by rescinding Section 10 of the 1662 Act of Uniformity as it applied in Sydney. Section 10 states “only episcopally ordained priests may consecrate the Holy Communion.”

Last year a request went from the Australian General Synod to the appellate tribunal asking whether the church’s constitution prevented a woman becoming a bishop. By the smallest of margins (4-3) they ruled that it was the actual wording, not the intention of legislation that was important. Under current legislation women could be bishops and no further debate was required at the General Synod level. Sydney’s theology of headship – that a woman could not have authority over a man – was clearly upset. But Sydney found a way to get the rest of the church back.

North Sydney’s Bishop Glenn Davies chaired a committee that argued from the appellate tribunal’s post-modern ruling that the intent of legislation is not primary and combined this with Sydney’s penchant for altering the word preside to “administer”. They concluded that references to deacons “administering the sacraments” in liturgies and statutes meant that, without any change of legislation, deacons are in fact already authorized to preside at the eucharist. At Sydney’s synod, Resolution 7.2 “Lay and diaconal administration” was resoundingly passed.

Anyone familiar with the 1977 Affirmation of St. Louis and the rapid fragmentation of that confessional movement will not be surprised if the Global Anglican Future Conference (GAFCON)’s Jerusalem Declaration and the resulting Fellowship of Confessing Anglicans (Foca) fragments. But few predicted that the source would have been one of the chief leading factions. The Focas federate unlikely bedfellows (anti-ordaining-women Anglo-catholics and anti-vestment Sydneyites!) around a single issue. The secretariat of Focas is based in the Diocesan Offices of Sydney. The Honorary Secretary of the Focas is the Archbishop of Sydney. The Jerusalem Declaration has “7. We recognise that God has called and gifted bishops, priests and deacons in historic succession to equip all the people of God for their ministry in the world. We uphold the classic Anglican Ordinal as an authoritative standard of clerical orders.”

My earnest suggestion to the leadership of GAFCON is this:

After appropriate warning, the Council of Primates of GAFCON should expel the Bishops and Diocese of Sydney immediately: by this action GAFCON will maintain its committed to the biblical, classic Anglican Way and will show that it does take discipline (a mark of the true church) seriously.

If GAFCON does nothing and allows the Diocese of Sydney, with its innovatory doctrine, and pride in that innovation, to remain as a full member, then GAFCON will become, and will be seen by thousands, as merely and only an international, Evangelical Anglican Group — with no serious claims to a serious catholic ecclesiology and historic Ministry, and no real opportunity or intention to set a godly example to the whole Anglican Communion of Churches.

Clearly it is the Sydney diocese that is revisionist. The Dean of Sydney, Phillip Jensen highlighted their confused inclusivism when he said “We want to turn the diaconate into a real diaconate… We don’t want to specialise the presbyters in administering the Lord’s Supper… but we want them to specialise in their incumbency.”

Back last century, John Shelby Spong led the charge for lay presidency in his book Why Christianity must Change or Die. It looks as though this issue has now reached what one might call the Jensen Spong Vanishing Point. The whole matter was considered very fully by the 1998 Lambeth conference, which decisively rejected it. So 98 Lambeth 1:10 is to die for, and 98 Lambeth 3:22 is to dynamite. Simultaneously. Illogical, Captain?

Part of Sydney’s argument included – deacons can baptise so they must be able to preside at the eucharist. But non-Christians can baptise! I’m waiting for the logic to kick in for the next headline: Sydney has non-Christians leading its Lord’s Supper services. Now that’s mission focused! 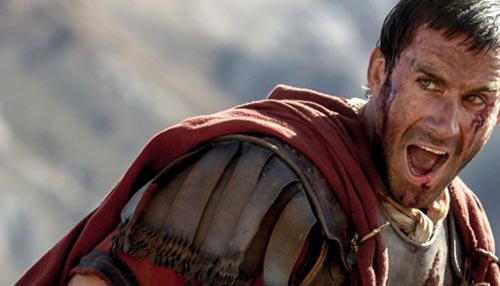 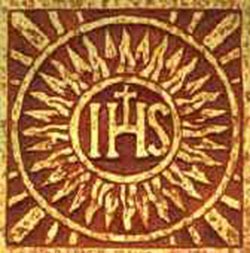