Of Ceremonies,
Why some be abolished, and some retained.

We are celebrating 350 years of the Book of Common Prayer 1662. Many of its principles and rationales are deeply sound. There is much we can learn from it, embodying its principles into our different time and context. Let us pause a moment and pick up Of Ceremonies, Why some be abolished, and some retained. This is found near the start of the BCP.

It is understood to have been written by Thomas Cranmer. In 1549 it was found as Of Ceremonies omitted or reteyned towards the end of the book, where it was followed by Certayne notes for the more playne explicacion and decent ministracion of thinges, conteined in thys booke. This last was removed in the 1552 BCP revision and Of Ceremonies was moved to the front of the book and placed after the Preface.

I have provided the link to the full text. Here is a good taster:

OF such Ceremonies as be used in the Church, and have had their beginning by the institution of man, some at the first were of godly intent and purpose devised, and yet at length turned to vanity and superstition: some entered into the Church by undiscreet devotion, and such a zeal as was without knowledge; and for because they were winked at in the beginning, they grew daily to more and more abuses, which not only for their unprofitableness, but also because they have much blinded the people, and obscured the glory of God, are worthy to be cut away, and clean rejected: other there be, which although they have been devised by man, yet it is thought good to reserve them still, as well for a decent order in the Church, (for the which they were first devised) as because they pertain to edification, whereunto all things done in the Church (as the Apostle teacheth) ought to be referred.

And although the keeping or omitting of a Ceremony, in itself considered, is but a small thing; yet the wilful and contemptuous transgression and breaking of a common order and discipline is no small offence before God, Let all things be done among you, saith Saint Paul, in a seemly and due order: the appointment of the which order pertaineth not to private men; therefore no man ought to take in hand, nor presume to appoint or alter any publick or common Order in Christ’s Church, except he be lawfully called and authorized thereunto.

And whereas in this our time, the minds of men are so diverse, that some think it a great matter of conscience to depart from a piece of the least of their Ceremonies, they be so addicted to their old customs; and again on the other side, some be so newfangled, that they would innovate all things, and so despise the old, that nothing can like them, but that is new: it was thought expedient, not so much to have respect how to please and satisfy either of these parties, as how to please God, and profit them both…

But now as concerning those persons, which peradventure will be offended, for that some of the old Ceremonies are retained still: If they consider that without some Ceremonies it is not possible to keep any order, or quiet discipline in the Church, they shall easily perceive just cause to reform their judgements. And if they think much, that any of the old do remain, and would rather have all devised anew: then such men granting some Ceremonies convenient to be had, surely where the old may be well used, there they cannot reasonably reprove the old only for their age, without bewraying of their own folly. For in such a case they ought rather to have reverence unto them for their antiquity, if they will declare themselves to be more studious of unity and concord, than of innovations and new-fangleness, which (as much as may be with the true setting forth of Christ’s Religion) is always to be eschewed… 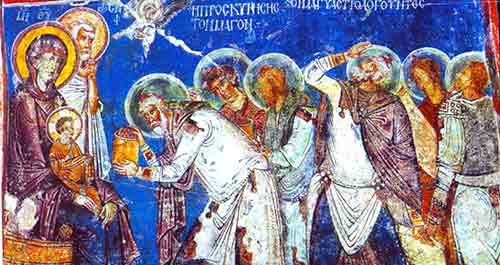 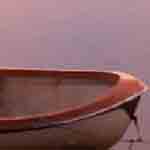