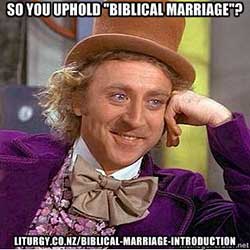 revising the marks of mission?

A Mass by any other name 5