The key, according to them, is Sacrosanctum Concilium (paragraph 22): “Therefore no other person, even if he be a priest, may add, remove, or change anything in the liturgy on his own authority.” Blessing non-communicants at communion time, apparently, is adding to and changing the liturgy.

What’s the difference between a liturgist and a terrorist?
You can negotiate with a terrorist.

Deacon Greg (naively?) thinks he is sidestepping his own debate by using words such as “Receive Jesus in your heart”, “which”, he says, “is not a blessing but simply an admonition”. Sorry, Greg, aside from creating a new discussion about when is a blessing not a blessing, the point wasn’t about “blessings”, the point you brought up was “adding, removing, or changing anything in the liturgy” and that’s exactly what you are doing.

Some points from me:

A life-size statue of face-palm Jesus (pictured above) will be delivered to the community where the priest refuses to bless children and others at communion time. This community will be required to sprinkle the statue with holy water, cense it, and chant the Miserere. A 13½ inches (34 cm) replica will be delivered to the priest. He will be required each week to light a candle before it and say three Lord’s Prayers, three Hail Marys, and three Glory be to the Fathers for the inclusion of everyone in God’s family. 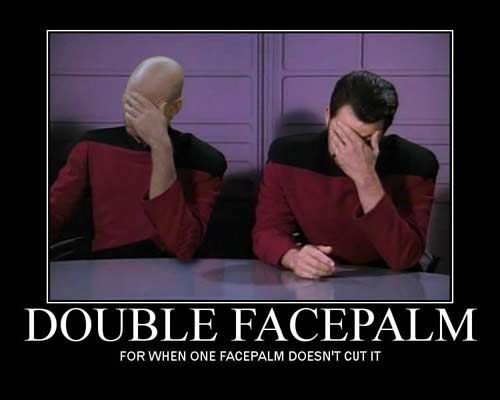 25 thoughts on “do not suffer the children”