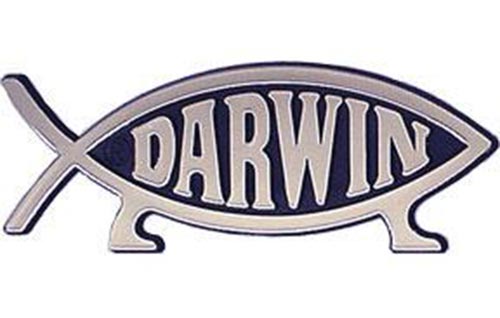 Recently I was at a show where “Christian” was synonymous with “someone-who-believes-the-universe-is-thousands-not-billions-of-years-old”. At a dinner party, when someone found out I am a Christian, I was identified with the Flat Earth Society, and it was assumed I was anti-evolution, and anti-science.

Somehow the well-financed, American-style, fundamentalist, creationist approach to the Bible and to science and evolution has won the complete monopoly of the impression people have of Christians.

My understanding is that my position is perfectly normal amongst a large number of Christians, but this approach is so low-profile that I feel when I mention my inability to find a conflict between my faith and science that I am often regarded as unusual. And that unusualness is generally treated in a positive way! It is received as being refreshing. Many people would have listened to the Christian message and perspective better had they known that you do not need to leave your scientific understandings in the foyer before entering the church’s nave.

At the very least I want a bit more public acknowledgement by Christian leaders if their position is akin to mine. Recently a bishop acknowledged scientific assumptions similar to mine; he went on to say he hadn’t thought about it much for forty years since he came to this position, and he hadn’t talked about it for about twenty years.

We need to. We need to talk about this approach more.

Because, in a world where the scientific method is god, and evolution is used as the explanatory model for absolutely everything, the assumption regularly is that if you accept science and evolution then the Christian faith is not worth even a moment’s reflection. Evolution is the elephant in the empty nave.

Christians have a variety of approaches to the Bible, to science, and to the origin of the universe and life. And this needs to be honestly acknowledged. Young-earth creationism, Old-earth creationism, Intelligent Design, Genesis 1 days being 24 hours, Genesis 1 days being varying stretches of time – are different positions held by Christians. I want my position, that of the Big Bang and theistic evolution, to be acknowledged as a Christian approach alongside such others. My position treats both science and the Bible with respect, accepting the varying literary genres in the Biblical material, including mythological, allegorical, and etiological (“just-so”) stories (it’s a talking snake!!!). I don’t want my position to be mostly met with, “how refreshing!” I want my position to be understood as a normal, regular Christian position.

I want it noted that the Big Bang was a scientific theory postulated by a devout Christian, and that the term “Big Bang” itself was a put-down by atheists who saw it as mixing theology with science, and couldn’t cope with a universe that had a beginning ex nihilo!

Being honest and open that there are a HUGE number of Christians who see absolutely no conflict between science and faith also means being open and honest that we haven’t resolved the flow-on issues. We don’t have all the answers. The origin-of-sin and origin-of-death constructs, and Jesus’ and Paul’s apparent acceptance of the historicity of Adam and Eve will be a problem for many… Jesus as saviour (a “Second Adam”) without building that on a historical Adam who introduced sin and death into the system may need more work…

47 thoughts on “Evolution – The Elephant in the Empty Nave”