I am quite happy if people add comments below about the grammar of the original Greek of the Nicene-Constantinopolitan Creed and the original Latin of the Apostles’ Creed, but for this particular post I’m going to call in Augustine and John Calvin and The Catechism of the Council of Trent, and note that in the two creeds there is a shift from the I/we believe IN Father, Son, and Holy Spirit, to I believe the Church.

It is worth reminding, before we proceed, that the Creed at Nicaea (325) concluded at “And in the Holy Spirit” Full stop. But that is not where we stop nowadays, and it is also not where we stop in the Apostles’ Creed.

So we’ve covered belief, entrusting ourselves to the mystery of the universe, the one we call Father, Son, and Holy Spirit. And now the word “belief” turns up a fourth time in the Creed.

He stressed believing in God. And then he said, I believe the church.

I commit myself, I entrust myself to the mystery of reality we call God. But I do not do this with the church.

We look up to role models; we can end up idolising an individual. And then we hear about some terrible thing they have done. We find out some dark secret about them. And we are shattered. But all of us are in the same (sinners’) boat. Yes, let’s try and become better people; let’s try and care more for others; let’s try and take responsibility for the world around us – but be honest with yourself that you are not perfect. I am not perfect.

People point to terrible contradictions, hypocrisy in the lives of Christians, church people, even saints. The more church history you know – the worse it can look. And the more involved in church you are, the more you will know that it is a messy, mixed up community – just like any other.

Distinguish between the end, your goal, your purpose – and the means to get to that goal. For me, I hope my goal is the mystery at the heart of it all, Father, Son, and Holy Spirit.

And the church is the means – not the goal. I do not, we do not, believe in the church. We believe the church.

John Calvin writes in the Institutes of the Christian Religion

The particle “in” is often interpolated, but without any probable ground. I confess, indeed, that it is the more usual form, and is not unsupported by antiquity, since the Nicene Creed, as quoted in Ecclesiastical History, adds the preposition. At the same time, we may perceive from early writers, that the expression received without controversy in ancient times was to believe “the Church,” and not “in the Church.” This is not only the expression used by Augustine, and that ancient writer, whoever he may have been, whose treatise, De Symboli Expositione, is extant under the name of Cyprian, but they distinctly remark that the addition of the preposition would make the expression improper, and they give good grounds for so thinking. We declare that we believe in God, both because our mind reclines upon him as true, and our confidence is fully satisfied in him. This cannot be said of the Church, just as it cannot be said of the forgiveness of sins, or the resurrection of the body.

The Catechism of Trent has

With regard to the Three Persons of the Holy Trinity, the Father, the Son, and the Holy Ghost, we not only believe them, but also believe in them. But here we make use of a different form of expression, professing to believe the holy, not in the holy Catholic Church. By this difference of expression we distinguish God, the author of all things, from His works, and acknowledge that all the exalted benefits bestowed on the Church are due to God’s bounty.

This is the twenty-fifth post in a series on the Creed.

image source I don’t normally comment on the image I choose to go with a post – I usually follow the picture-is-worth-a-thousand-words approach and leave people to make their own connections. I was looking for a picture that showed the church primarily (but not necessarily exclusively) as the people. When I saw this one, with people receiving the light of Christ gathered around the traditional place of Christ’s resurrection in an image which could just as easily illustrate Luke’s story of Pentecost, I looked no further. 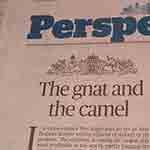 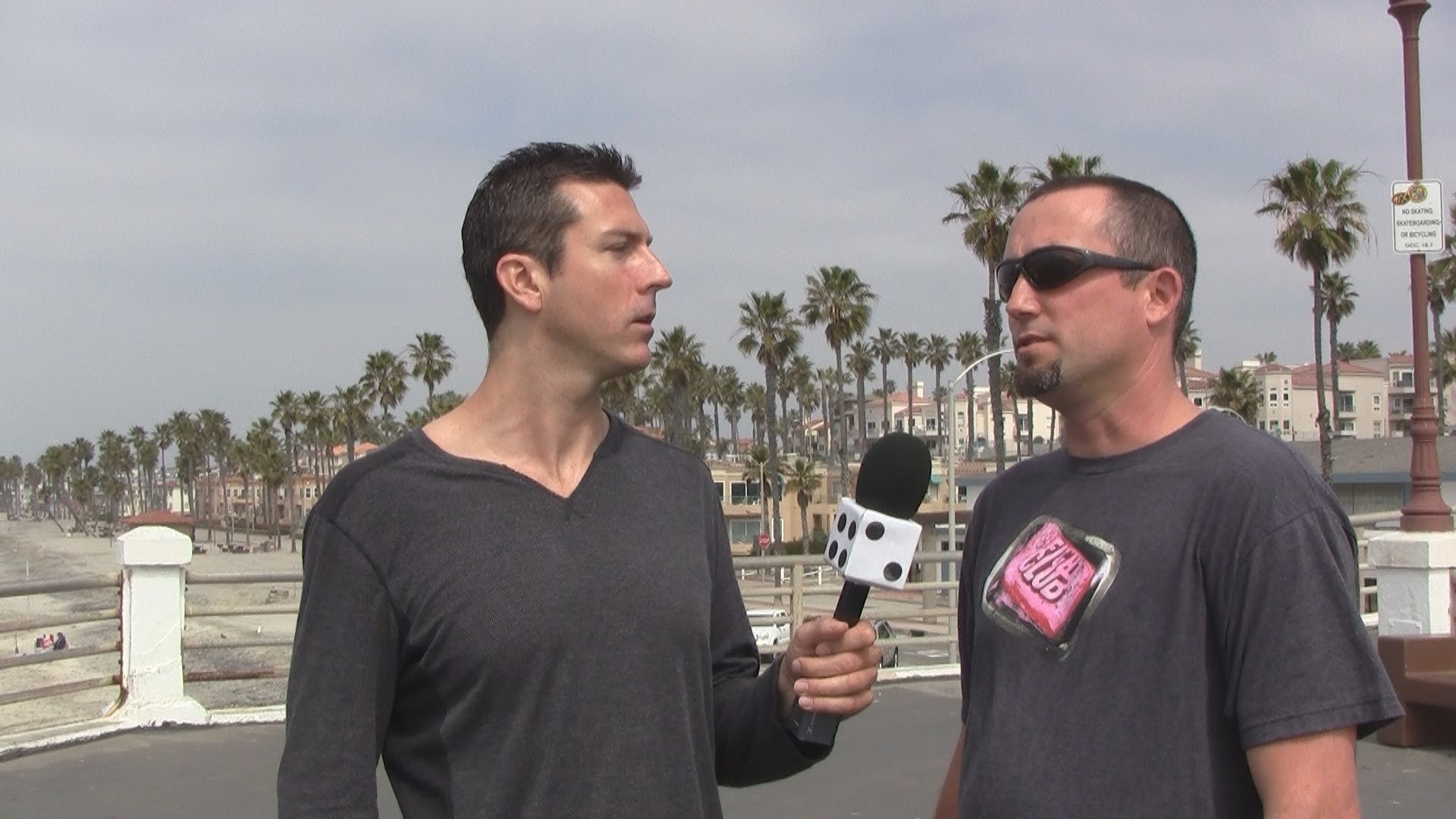 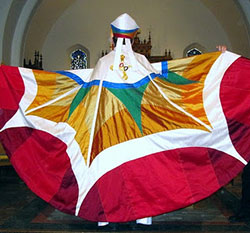