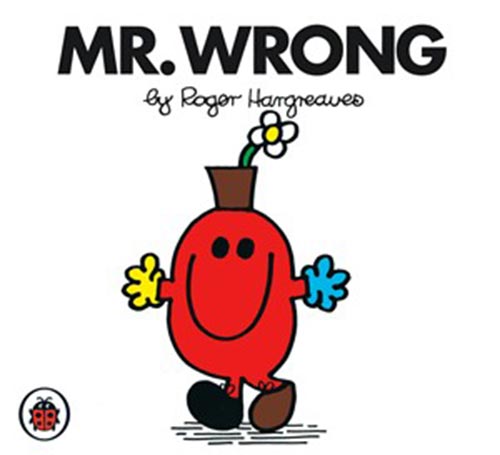 First story: A friend of mine in USA (as an exercise in political empathy) put up a facebook status asking people to try to list one positive reason why someone might vote for the presidential candidate they do NOT support. The majority could not do it. “Can’t think of a single one!” “I honestly cannot think of one reason that anyone could support the other person.” The first attempt at a reason was “[The person I won’t vote for] is a child of God and thus is capable of love and change.” To which the immediate response was: “Gods gonna have to work real hard on that one.”

Second story: In a facebook group I belong to, someone wrote:

Why can’t Christians agree to disagree? No one here can claim God like status to be infallible, which means we all will acknowledge that we will get things wrong sometimes…right others…and be neither right nor wrong at other times.

How about we approach this from the other side of the coin. Do you, as an individual Christian, claim infallibility, or are you fallible? If you claim you are fallible then please share with the group things you might be wrong in, rather than all the talk about what you are certain of.

Again, in the comments, people mostly couldn’t do it. They would list off how God would correct their errors, and how the Bible is God’s inerrant Word, and so on. And if anyone did acknowlege what they might be wrong about, those people were quickly attacked for heresy, doubt, or even being a Christian at all.

I’ve read of experiments where, in intense intra-church disagreement, there have been attempts to get people of Position A to argue for the opposite (Position B) and vice versa. And they cannot do it. Even having just listened to or read the opposing argument, they cannot articulate it themselves. They have not “heard” it.

Yes, I know there will be exceptions, but I regularly see it outside of that experiment – people unable to argue forcefully for a regularly-held position that differs from their own.

I watch with astonishment, in the current lead-up to the USA Presidential vote, as I see normally-sensible, insightful people totally blinded to the weaknesses of their particular candidate. It is as if acknowledging, even to themselves, even one real weakness in their hero will be the undoing of them.

[At the highpoint of theism-antitheism acrimony, I rejoiced in reading Francis Collins’ The Language of God: A Scientist Presents Evidence for Belief. Here was a man (leader of the Human Genome Project) who would, chapter by chapter, present his own position – and then have the humility to present issues and problems with his position, and reasonable arguments for the opposite view.]

Instead, we regularly demonise those who disagree with us [in the case of USA, about half of the country, whichever side you are on; and even about half of your “own side”!] Everything is turned into us-them; black-white. There is no credit given to the others’ intelligence, compassion, passion, scholarship, etc. In the case of disputes within Christianity, people argue with such certainty and destructive rancour, often turning those they disagree with into straw-men rather than engaging with humility, politeness, humanity, and openness to what people are actually saying within the complexity of our uncertain existence, that any non-Christian observing the belligerence cannot but be repelled. The medium IS the message.