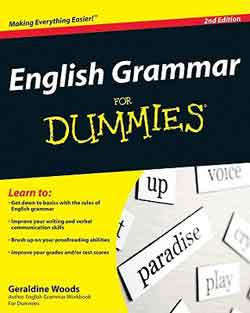 Is the following a complete, formal sentence?

IMO it is not. As far as I can spot, in the new English translation of the Roman Missal the collect in every case is composed of two “sentences” (actually, IMO, one sentence and a fragment masquerading as a “sentence”).

The second “sentence” throughout the Missal appears to have two forms. The one above, or

Again, I do not think that is a formal, complete sentence.

I had a lot of reaction (onsite and offsite here and even on other sites) to my suggestion that “O God, who have commanded us to listen to your beloved Son,…” is awkward, poor English. No one has managed to fulfil my challenge to find a contemporary, non-liturgical Second person Vocative (no “you”) + “who have…” (even in this royal Diamond Jubilee year). One person thought he remembered such a sentence in a novel from early last century – but he was unprepared to quote it since he said he feared breaching copyright!

On some sites, questioning the quality of the new translation is tantamount to sacrilege. To do so “effectively scatters the flock.” Clergy, are not to “criticise the translation in public”.

Bishop Colin Campbell of Dunedin is strongly critical of the new missal translation. He writes about “big question marks over what is proposed and the process by which it came about.” He is clearly disappointed that, despite the way the process is intended to go, “what [the English-speaking bishops] finally voted for will not be the end product.” Bishop Colin has written about this nationally and internationally, and expressed his concerns to the Pope.

The sites and individuals that are so ebullient about the new translation and deprecating of any criticism are effusive about the quality of its grammar and readily mock any criticism as a need to get books like English Grammar for Dummies.

In researching for this post I emailed many such individuals, placed the question (“is this a sentence?”) on facebook pages and private messages, and in comments. The result has been fascinating. I received not a single response. The questions were removed from facebook pages and I was blocked. The question did not pass moderation of the websites and so never appeared on the blog thread.

So I repeat: are the following complete, formal sentences, as they are presented in the new Missal translation:

The Anglican tradition is to have the collect in the form of one sentence (not a sentence and a fragment). Eg.