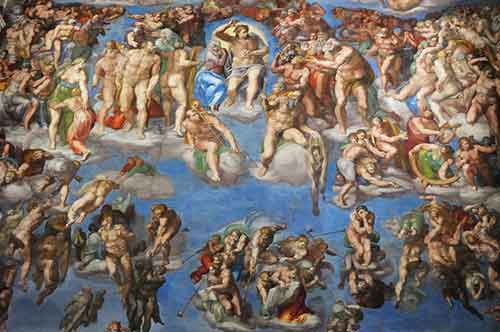 and will come again
to judge the living and the dead.

References to “the quick and the dead”, and puns or jokes about that, derive from this line, the old translation being:

He ascended into heaven: And sitteth on the right hand of God the Father Almighty: From thence he shall come to judge the quick and the dead.

Every Eucharist we declare: “your coming we await; Amen! Come Lord Jesus.” Or similar.

Religious movements seem often to have an obsession with the end of time. The end of the universe.

It’s very difficult to get into the mind of Jesus – but it seems very likely that Jesus thought the end was nigh. Jesus regularly used an enigmatic title, The Son of Man – often he refers to himself like that. But some scholars see Jesus’ use of the Son of Man in the third person as showing that Jesus thought someone else, whom he called the Son of Man, was coming to vindicate Jesus and his life and teaching. Some scholars see Jesus as trying to force God’s hand, trying to change history through his own death. I don’t think we can actually get much further than that Jesus appears to have thought the end was nigh.

The early followers seemed to think the end was near. Don’t bother getting married – the end will be here soon. When, in the war with the Romans, God’s temple in Jerusalem was destroyed – that was unthinkable. Obviously the end of the universe would happen soon.

You see this pattern again, and again, and again. Jehovah’s Witnesses predicted Jesus would return in 1914. Well he didn’t. So they changed their tune – in 1914 Jesus “returned invisibly”. Seventh Day Adventists have a complicated return-of-Jesus calendar: 1844 the investigative judgment began; when that closes, the tribulation begins; then Jesus returns; then there’s a thousand years (a millennium) before the end.

So people who take this all literally argue about whether Jesus returns before the tribulation – “pre-tribulational dispensational premillennialism”; or after the tribulation; or whether Jesus returns after the millennium – “postmillennialism”. In USA of course where these are very important distinctions there’s a top-seller set of novels, the Left Behind series, all about this – and now a franchise of movies is picking this up.

Personally all this stuff does not interest me one iota. I see other people fascinated about debating these details – good on them. When I see people making life decisions based on some belief that the world is going to end very, very soon – yes then I am concerned. I am saving diligently for my retirement; and if Jesus comes back before I get my government superannuation – well that will be an interesting surprise for me. And I’ll be perfectly happy to see him. My advice to you: don’t base your life on the end of the universe happening soon. And be wary of groups that make that a significant part of what they teach.

For me, judging each one of us will happen when we die. Again I’m not too hassled – I think my judge’s relationship with me is great. I think my judge loves me; is nuts about me – and the same for each of you.

And judgment is in the words you say to another – being friendly, or putting them down; in the way you treat all that you have received, looking after things, or not realising they are precious gifts; in the way you care for yourself; and in the relationship you develop with your judge.

This is the nineteenth post in a series on the Creed. 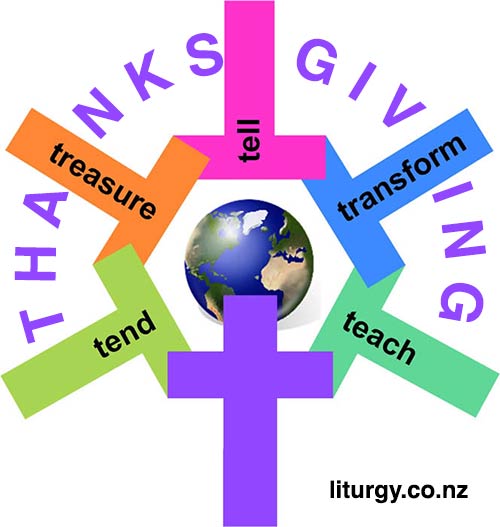 Worship IS part of our Mission 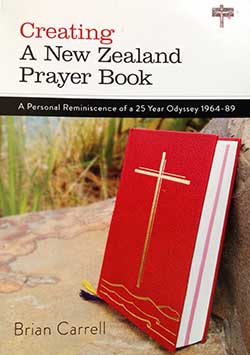