I see, from time to time, discussions about “lay presidency” of the Eucharist. In favour of this, regularly the eucharistic rite is dismembered and the discussion quickly degenerates to, “why can a lay person do this bit and not that bit?” This functionalism and legalism is often emotionally undergirded with an anti-catholic attitude {Sydney Anglicans are forbidden from such “popish” practices as wearing a chasuble (as St Paul did), adding water to the wine (as Jesus would have),… if they could get rid of the connection between priesthood and eucharist they would have removed most of the catholic hardware on which Anglicanism runs}.

Any reflection on eucharistic presidency can begin with the concept and practice of presidency generally. A teacher presides over a classroom, a judge presides over a courtroom. This does not mean the teacher does everything – quite the opposite. Good educational theory will have the teacher enabling, facilitating the learning of all in the room. The teacher involves individuals and the whole class in the learning process. Similarly, the judge does not do everything in the courtroom, others have specific tasks and the judge oversees and coordinates the smooth running of all that happens in the room.

The priest oversees all that happens in the Eucharist. The priest doesn’t do everything – quite the opposite. Others have specific tasks and the priest coordinates the smooth running of all that happens at the Eucharist, enabling, facilitating the worship of all present. There are certain things that the presider needs to do in order to be clearly and appropriately presiding.

In New Zealand Anglicanism certain things have happened that have obscured the place of the priest at the Eucharist.

In the revision of the BCP that began in 1964, the commission designed the Liturgy of the Word in such a way that it could stand alone in the form of an Office, replacing, for example, Matins or Evensong. This meant that this could be led by a lay person. The commission wrote:

For occasions when it is not desired or possible to celebrate the Holy Communion, the first part of the Liturgy to the end of the Intercession provides an order of worship complete in itself. This service does not require the presence of a priest. (Introduction to 1966 Liturgy)

Furthermore, during theological study at St John’s College in Auckland, ordinands “practised” liturgical leadership by leading parts of the Eucharist that did not require ordination. In so dividing up the leadership of a service this gave a poor model of good liturgical leadership and presidency . Rather than reflecting on appropriate presiding models, these ordinands, once ordained, cloned their St John’s experience in their parish. What could arguably have had a certain appropriateness in a seminary context, was now replicated in a context in which it was not.

Poor liturgical study, training, and formation combined with rubrical fundamentalism with a Prayer Book that continued the 1964 distinctions between “first” and “second” part of the Eucharist and its leadership, and little reflection on the nature of presidency generally, as well as (appropriate) reaction against the tradition in which “the priest did it all” increased the trend to having a lay person “lead the first part” and a priest “lead the second part”. This development naturally leads to the question: why can a lay person not “lead the second part?”

In rural, multi-centre parishes (often in the past the first experience of a priest being a vicar after curacy) the priest was moving from centre to centre on Sunday morning, and might not arrive at the start of the service. A lay person would then start the service off.

“Locally Shared Ministry/Total Ministry” has severed the link between pastoring, preaching, and presiding for priesthood, dividing up the tasks that need to be held together to prevent a priest’s presiding from appearing like magic. In many ways, that last part of the sentence should be in the forefront of many people’s reflection. What is left in many communities who would articulate a “low” view of ordained priesthood is in fact a rubrical fundamentalism that gives the appearance of the priest being a sort of magician who is brought out to do those bits of a service a lay person cannot lead: the absolution, the consecration, the blessing. What is lost in this is both an appropriate understanding of lay ministry which has been clericalised, as well as an appropriate understanding of priesthood which has been reduced to a magician.

This can be regarded as the third post in a series. The first discussed being ordained directly to the order to which God calls you. The second discussed persons in one order acting out the ministry of persons in another order. 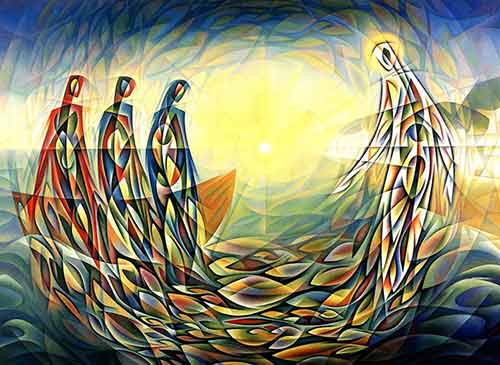