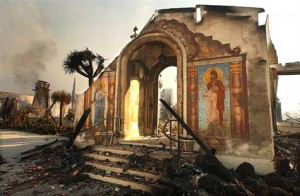 Mount Calvary Monastery and Retreat House was destroyed in the Montecito Tea Fire fire last week. The fire started November 13. It destroyed 210 homes in the cities of Montecito and Santa Barbara. The seven Benedictine Episcopalian (Anglican) monks, staff and retreatants were all safe.

Everything was lost, including a magnificent 17th century South American gold altar, a 1652 painting of Jesus healing the paralytic, and a painting of Fr. Karl Tiedemann, OHC who founded the monastery in 1947. The monks belong to the Order of the Holy Cross, who live in a Covenant of Friendship with the Roman Catholic order, the Camaldolese. The two orders have had a joint monastery. I was blessed to have spent time with the Order of the Holy Cross and the Camaldolese – photos and other information is to be found on this site.

The International Herald Tribune reported that Brother Radelmiller, the prior, 68, was the only one to get his habit, with the six-inch-long ebony cross he received at his ordination 38 years ago tucked into the pocket. “I keep running into little things that I’d missed,” he said, “things I had not realized I’d lost.” He began to cry quietly, then took a breath, saying: “But I really do feel like the most important thing is that we’re all O.K. and together. If they’re memories, I’ll just have to remember them. The most important thing is us.”

The brothers have accepted hospitality at St. Mary’s Retreat House, run by the Episcopal Order of Sisters of the Holy Nativity. Let us remember and pray for the monks, their life, witness, ministry and discernment for the future, and all affected by these fires. 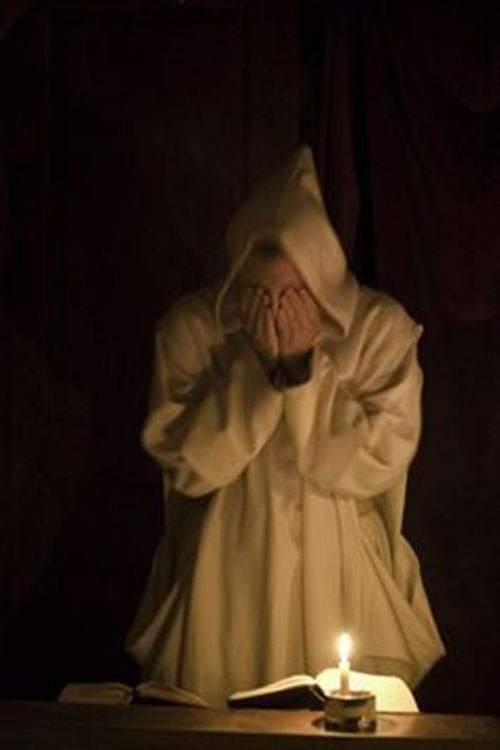 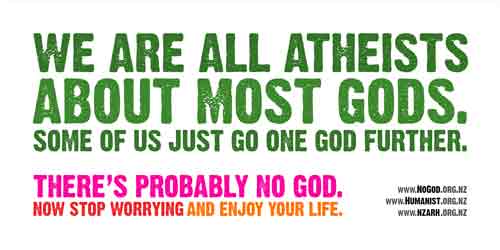 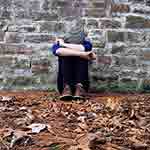