How do we say prayers that others have written and make them our own?

There’s been a thread through a lot of comments recently around the tradition of reading prepared prayer. And wondering if there is a problem with this.

There are many drama theories around this, and they are worth exploring if you are interested in that. Whatever your conclusions from those theories, when it comes to reading a prayer that another has prepared, for it to be prayer, you have to make it your prayer. You have to pray it; not just read it aloud.

If you are leading prayer, and reading prayer (even prayers that you yourself have prepared beforehand), in order for others to share your prayer, there has to be your heart in the praying.

In a discussion on this site recently I described what I’m sure most of us have experienced, “Picture the pastor (or another person leading prayer) asking people to pray, praying a prayer aloud, the people are joining in the points of the prayer in their hearts, and affirming it during it with acclamations and at the end with a hearty ‘Amen!'” That needs to be our experience when someone leads prayer. And, if the person has prepared well, and believes what s/he is praying, there need not be any difference using a prepared prayer (written by the prayer or another).

Some prayers, of course, are crafted to be prayed by one person proclaiming it, and those assembled joining in the points of the prayer in their hearts, (and affirming it during it with acclamations) and at the end with a hearty ‘Amen!’

Sometimes (often?) our worship formation has been so poor that we do not experience the prayer proclaimed by another as the prayer shared by us all. We have been discussing, on this site, the issue when, for example, the Great Thanksgiving prayer is experienced as the priest’s sort of magical incantation rather than our community proclamation of God’s mighty acts and our thanks and praise with bread and wine.

Those who struggle to experience the proclamation of the presider as their community’s real prayer, yes often, tragically, are mere observers at worship; not participants. This leads to the experience that the Creed, recited together, is more their proclamation of God’s mighty acts than the Eucharistic Prayer (the Great Thanksgiving) because this latter is experienced solely as the presider’s prayer – if a prayer at all.

So there are two interrelated issues in this post

Some prayers are in a form that they can be prayed aloud together as a community (eg. the confession is regularly written in such a way that it can be easily, appropriately prayed aloud together). Other prayers are appropriately proclaimed by one voice in the community’s name. Such prayers are also written in a style less appropriate for being said by a group of voices. To do so, is akin to having a chorus of voices recite, without ever having seen the text before, without any rehearsal, a text together that was intended to be voiced by one person. What we would find bizarre in drama or cinema, many of us encounter regularly in liturgy.

In a future post, I will pick up the strange growth of the practice of a community doing this with the collect. 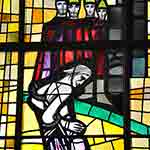 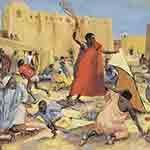 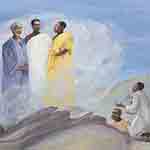 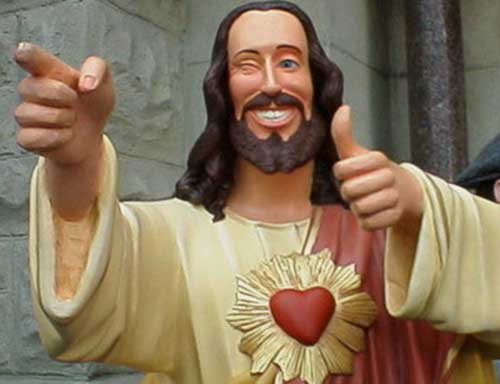