Anti-theists (also known as hatetheists) are at it again. This time it’s a billboard (image above) that assumes Santa is real but Christmas is just a fairy tale.

Let me (once again) stress – I have excellent relationships with atheist and agnostic friends and acquaintances. I have no emotional need to clone my beliefs and opinions, and to change their beliefs. They generally are the same in relation to me. [The same can be said for my relationships with people of other faiths].

And, as I have said previously, some of the most delightful people are atheists, or honest agnostics, generous, living each day as fully as possible, trying to help others have a good time (this being the only life they are sure of), caring for the planet (it being all we’ve got), humble, funny, with no bait-and-switch motivation for friendship.

But, just as there are fundamentalist Christians, there are fundamentalist atheists, obsessed with getting others to believe what they believe, and with a passion that leads to the irrationality of having a girl writing to Santa Claus that she is too old for fairy tales! That an atheist is concerned about how to celebrate Christmas appears about as reasonable as a Buddhist being concerned how they should celebrate Hanukkah.

We need to reflect on the actual and positive place of fairy tales. Fairy tales have a very significant role in being fully human. Fairy tales convey truth in a way that other genres do not. The belittling of fairy tales leads to the stunting of the human spirit. The censoring of imagination, the forbidding of fiction, and the disparaging of metaphor, allowing only the most black-and-white literalism, not only destroys what makes us human, but is the termination of serious academic science as we know it.

Then there is the put down of children, an ageism that sees being adult as somehow of greater merit or value than that of being a child. Children, of the age of the atheist billboard child or older, are goaded that they are “too old for fairy tales”. This is the very opposite of the spiritual tradition that values children, and encourages us all, whatever our age, to treasure our inner child – to live with child-like imagination, awe, and wonder.

And not to forget the obvious targeting of children in this billboard. The antitheist meme of Christians indoctrinating children is a viewing of normal human development through lenses made more explicit in this image. 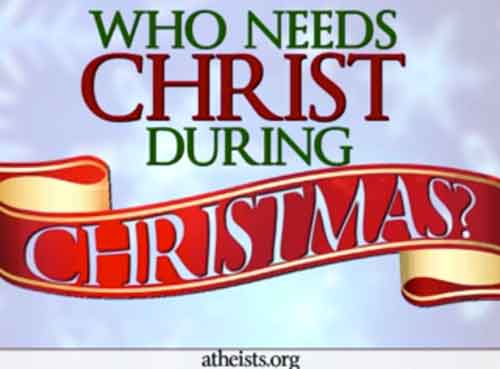 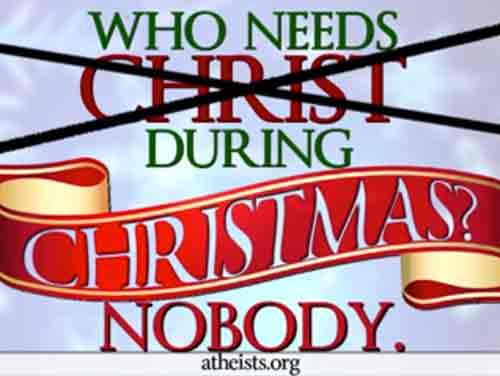