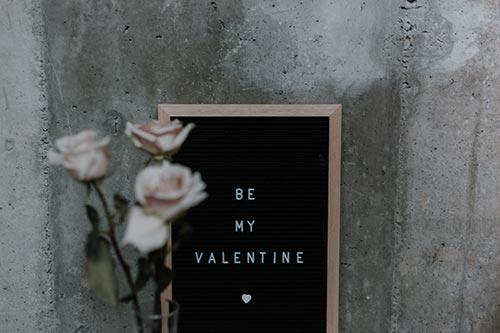 In 1752 England and the British colonies in America upgraded from the Julian to the Gregorian Calendar. The day after 2 September 1752 was 14 September 1752. This removed days from the year to bring it back to the way the seasons were in 325AD when Christians first agreed how to date Easter. Do the Maths: January 6 is much closer to where December 25 used to be. January 6 is a much more likely date to have snow (Is “I’m dreaming of a white Christmas Just like the ones I used to know…” part of a folk-memory of times when snow at Christmas was more common?)

So why might Valentine’s Day be so popular, spreading especially from Britain and USA? Again, do the Maths: counting back about a dozen days from February 14…. February 2! Today is when one of the most significant festivals, Candlemas, used to be! Is the significance placed on today possibly, in part (he says tentatively) a folk-memory of when Candlemas was celebrated today? [If you write your doctorate on this – please don’t forget to credit me – you read it here first!] … As well, of course, as the following:

There are a number of early church martyrs called Valentine or Valentinus. Hence, the origin of the celebration is confused and disputed.

One legend has it that Valentine was a third century priest in Rome. The Emperor Claudius II thought that single men made better soldiers than married ones who had their minds on their wives and children. So he outlawed marriage for young men from which he drew his army. Valentine, however, continued to marry young couples secretly. But Valentine was caught and ordered to be executed.

According to one legend, Valentine was the first to send a ‘valentine’ greeting. In prison he fell in love, maybe with the jailor’s daughter. Before his martyrdom he wrote her a letter, signing it ‘From your Valentine.’ As is so often the case, the most legendary saints end up being amongst the most popular – and Valentine is no exception. Because of the legendary nature of the saint, along with St Christopher, St Valentine was removed from the Roman Catholic calendar of saints for universal liturgical veneration as revised in 1969 after the Second Vatican Council.

In the pagan days of the Roman Empire, February 14th was a festival in honour of Juno, Queen of the Roman Gods and Goddesses. She was also the Goddess of women and marriage. On February 15th the Feast of Lupercalia began. This was a fertility festival dedicated to Faunus, the Roman god of agriculture, and also to the Roman founders Romulus and Remus.

On the eve of Lupercalia the names of girls were written on paper and placed into an urn. The bachelors would draw a girl’s name from that jar. This lottery led them to being partners for Lupercalia. They might end up falling in love and later marrying.

Early Christianity often substituted Christian celebrations for pagan traditions. Around 496 A.D. Pope Gelasius fixed February 14 to be the feast day of St. Valentine. As with so many Christianisations of earlier festivals, it appears to have picked up traditions, understandings, and practices of its foundation.

In France and England there was the belief that February 14 was the beginning of birds’ mating season. The earliest “valentine” we still have (now in the British Library in London ) is a poem written by Charles, Duke of Orleans in 1415 to his wife while he was imprisoned in the Tower of London following his capture at the Battle of Agincourt.

Valentine’s Day became increasingly popular from the seventeenth century. Only at Christmas are more cards sent.