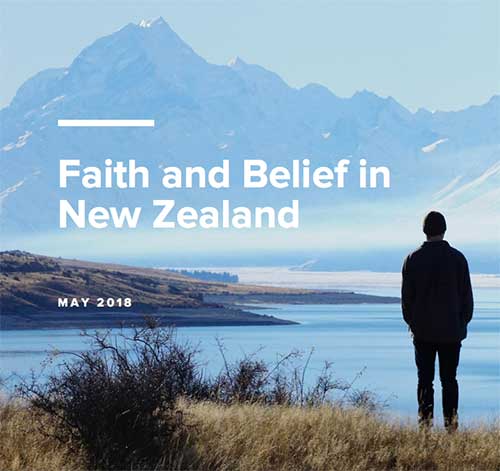 No sooner had I written about the McCrindle report on Faith and Belief in Australia, and my hope that there might be similar report – including on New Zealand – and a reply to my post promised me NZ’s version on Friday 18 May. And here it is.

The full report.
A handy infographic.

In this nation, the church is small. Christianity is small. We often act as if we are large and significant. The Anglican Church keeps no national stats (more on that below), but I would contend that no more than 1% of New Zealanders are active Anglican practisers. Yet, often, we present, at least to ourselves, quite a different image. And when you look at the study’s age brackets: those over 73 are three times as likely to identify as Christian than 18-23 year olds, and those aged 54-72 are twice as likely.

What blocks those who are open to exploring Christianity (page 41):
47% the Christian attitude to homosexuality;
45% a loving God sending people to hell and condemnation (these two percentages – God sending loving homosexuals to hell – combined in the recent Israel Folau message);
39% the classic “Problem of Evil”;
23% Christian attitudes to the role of women (on the infographic) – that’s 34% (page 41) for non-Christians who would be warm to Christianity;
and, fascinatingly, 54% (page 18) are repelled by stories of people being healed or supernatural occurrences.


Church abuse is the greatest negative influence on the perception of Christianity (76% page 43) – sex abuse and other scandals.

Non-religious Kiwis prefer a scientific and rational approach to life 43%. This expresses well my ongoing frustration at church leadership appearing unwilling to engage intelligently in questions of science. Yes – some 6,000-year-old-universers might be scandalised and even threaten to “leave the church” (an increasingly popular threat!) but the percentage beyond the church who think Christianity clashes with Science should be nowhere near 43% – the ability to be a rational, scientific person of faith should be well known in the public space.

Spirituality is very popular in New Zealand, people understand its importance in wellbeing, and they are comfortable discussing it.

Regulars here know of my interest in statistics. I am delighted that we have a real study here – not hunches and feelings. I again express frustration that NZ Anglicanism keeps no national statistics. Different statistics are kept diocese by diocese level (so good luck collating them into anything useful!). In my diocese (probably – who knows – the second largest in NZ), we keep no statistics on Sunday attendance. And the statistics that are presented are often so bizarre that no one could possibly take them seriously. In the latest statistics, possibly our most thriving parish is omitted completely. And one of our smallest parishes – with 38 people present at Christmas – is reported as having 466 congregations (no that is not a typo on my part!) Our diocese, hence, has (without apology, enthusiasm, or explanation) increased from having 237 congregations to having 768 congregations!

9 thoughts on “What Prevents New Zealanders Being Christians?”