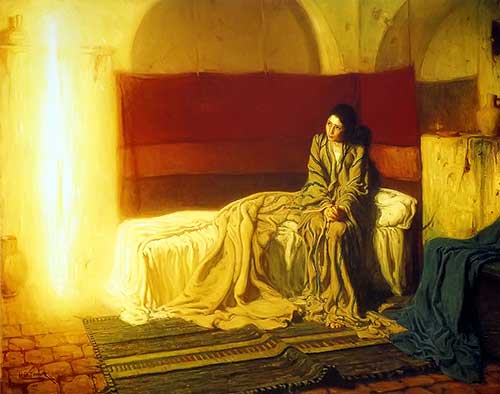 
It is well-known by those of us who pray the Angelus.

The NZ Lectionary booklet has O Sapientia in italics on 17 December. I wonder how many people reading that know what it refers to? There is no further mention of any of the other great O Antiphons. There is a lot on this site on these wonderful antiphons – the search box on the top right, as always, is the friend of those who want to explore. And the liturgy facebook page keeps you up to date day by day.

Tanner, Henry Ossawa, 1859-1937. Annunciation, from Art in the Christian Tradition, a project of the Vanderbilt Divinity Library, Nashville, TN. http://diglib.library.vanderbilt.edu/act-imagelink.pl?RC=54838