It is a perfectly acceptable Christian position to hold that Jesus’ conception was miraculous. The Bible is a mixture of history and metaphor, and if you study the mentions of Jesus’ conception (and there’s really only a couple of them) and you decide that this is history, you are in perfectly good company. It’s probably the majority Christian position historically. It doesn’t mean you are against science, just that God can break God’s laws of nature for God’s greater purpose.

It is a perfectly acceptable Christian position to hold that Jesus’ conception happened in exactly the same way as every other conception. The Bible is a mixture of history and metaphor, and if you study the mentions of Jesus’ conception (and there’s really only a couple of them) and you decide that this is metaphor, you are in perfectly good company. The Bible has a meme for special people – they often have a miraculous conception and/or birth story, and so if you want to give a picture that Jesus’ is the most special of all – it makes sense to give him the most special conception story.

All this took place to fulfil what had been spoken by the Lord through the prophet:
‘Look, the virgin shall conceive and bear a son,
and they shall name him Emmanuel’,
which means, ‘God is with us.’

Matthew is quoting the Greek Septuagint (LXX) not the Hebrew Bible (now there’s another discussion worth having!). Isaiah 7:14 (LXX) is:

παρθενος (parthenos) is “virgin”. The original Hebrew for Isaiah 7:14

There, עַלְמָה (almah) means “young woman”. In the original Hebrew, Isaiah didn’t say that a virgin would conceive; he said a young woman would conceive. [Some point out that παρθενος is also used, for example, five times to translate three different Hebrew nouns for Rebekah in Genesis 24, one of those being עלמה. James Barr noted in Typology of Literalism (1979) that the LXX of Genesis simply used παρθενος to translate the rare word עלמה, but that παρθενος is a suitable word for “young woman” and does not necessarily imply virginity. Such points do not strengthen the case for the first option, above].

Accepting that Jesus’ conception happened in the ordinary way can still mean that the Holy Spirit was active – “who was conceived by the Holy Spirit”.

No opinion on Jesus’ conception

It is a perfectly acceptable Christian position to hold no opinion whether or not Jesus’ conception was miraculous. The Bible is a mixture of history and metaphor, and sometimes, no matter how hard you study it, it is just not possible, 2,000 years later, to agree whether a particular story is history or metaphor. For some people classifying the genre of this particular story of Jesus’ conception is intensely significant. It is perfectly fine if for you that is not a concern that keeps you up at night.

Jesus half God half human

This is the ninth post in a series on the Creed. 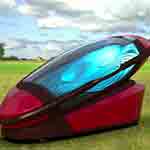 Right to Die? NZ and Euthanasia 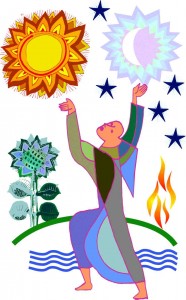