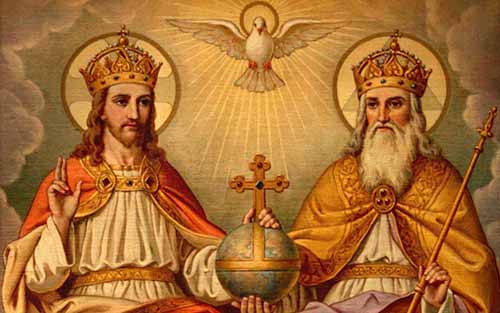 God has no gender.

The Persons of the Trinity have no gender.

We are in the area of metaphors. “God the Son”, like so many important images, is a metaphorical construct.

Jesus being “the Son of God” is not dependent on the historicity of the Virgin Birth story. “Son of God” can be understood as bringing together a number of biblical concepts. “Son of God” in the Bible can mean “Servant of God”, representative of God’s chosen people, God’s ruler on earth,… “Son of God” in the Bible includes the idea that if you want to know a (male) person, you can get a very good idea from encountering his son. Son, Image, and Likeness are closely intertwined concepts. In today’s world, “Son of God” is often understood as a claim about Mary’s virginal conception, whereas it is actually more a statement about Jesus revealing God (and God can do that with or without a historical virginal conception).