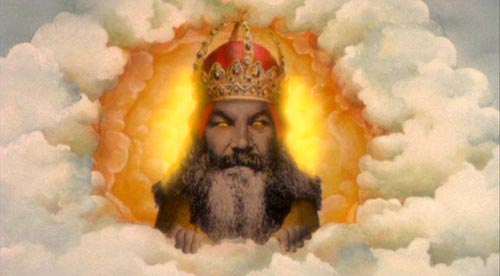 Recently, in a discussion, someone accused me of “believing in ghosts.” I asked what they meant by “ghosts,” and the response was: “invisible white floating things.” I must say, as someone with a science degree, I do struggle how something that is an “invisible” thing can be said to be “white” thing.

At heart, though, that conversation expresses how the concept of “God” is often understood. God is expressed as an object – as if atheists believe the universe is made up, say, of X number of objects, and those who believe in God, theists, believing that the universe is actually made up of X+1 objects (or maybe Christians, in X+3).

Theists, including Christians, of course exacerbate the perception by similarly using God-is-a-thing language literally. But God is not a thing [true: God is also not a nothing]. Adding God to a group of things does not increase the number of objects now present.

Sure, I would love to retain the use of the word “God”. In linguistic theory, however, the focus for understanding the meaning of a word is less on the sender (the person who uses the word) than on the receiver (the person who hears or reads the word).

In some (many?) contexts, the word “God” may be the least useless word to use to point to the mystery at the heart of reality. But in other contexts, words like “Depth”, “Meaning”, “Love” may better convey this mystery.