This year Eastern Orthodox Easter Day falls on May 1. Western Easter Day was on March 27.

Christians celebrated a common date for Easter between 325 and 1582, the latter being the date of the West’s change to the Gregorian calendar. The two dates, East and West, still coincide when the full moon following the equinox comes so late that it counts as the first full moon after 21 March in the Julian calendar as well as the Gregorian. This happened in 2010, 2011, 2014 and will happen in 2017 and 2034. 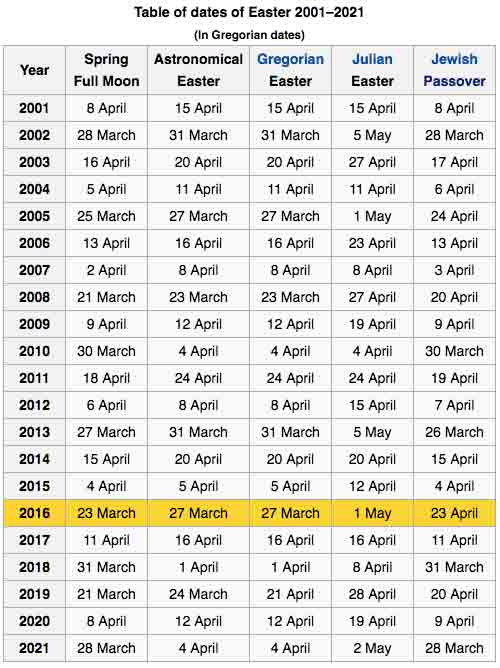