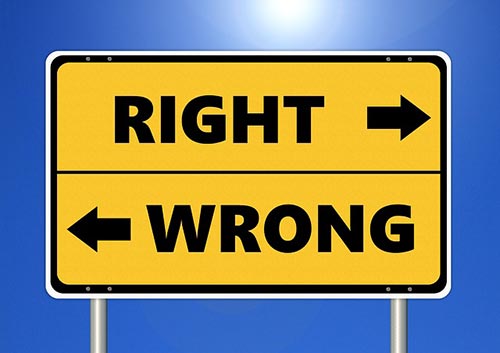 There are a number of ethical debates before our New Zealand parliament this term: abortion, euthanasia, medical marijuana,…

There are a lot of polls, plenty of articles (in newspapers, magazines, and online), news reports, and social media posts… “I feel” (or “I think” which is essentially “I feel” without being as honest that it’s a feeling), personal stories and experiences – these are all very important in these discussions.

I often look in vain, however, for solid ethical theories as part of the discussions as well. Are journalists being responsible when, in lengthy articles, there is no educational component in terms of outlining ethical theories?

The (Anglican) Church is stuck in its own cul-de-sac going round and round and not getting anywhere about who may love whom and how while the rest of the world is rocketing past this cul-de-sac at an ever-increasing speed. Many in the Church look little further than texts from two millennia and more ago written in languages that most no longer understand – so we are several degrees of separation from these texts: different time (by thousands of years), different culture, different language. Within the Church cul-de-sac, Anglicans cannot come to an agreement what these ancient texts mean for our contemporary context. Outside the cul-de-sac, the energy spent within the cul-de-sac in going round and round provides no template for the issues the rest are confronting.

We have to move further than “The Bible says” in engaging with contemporary ethical issues in our increasingly complex world. The issues before us include artificial intelligence, cloning, combining DNA from a number of people, altering DNA of people, enhancing human abilities digitally (and/or with drugs),…

Let’s insert some rigour into the debates (without decrying the human-experience stories, they are important too). Here’s three different ethical approaches that people need to be agile with:

an action is right or wrong not in and of itself, but based on the consequences of the action. An action is good when it will produce a good outcome.

At least Roman Catholicism moves beyond disputing what “The Bible says”. It normally follows a deontological system (“Natural Law”). The end doesn’t justify the means. Some current controversy surrounds Pope Francis who, while not questioning the black-and-white ethics of his inherited deontological system, does acknowledge that the world individuals concretely live in is not the black-and-white world of the ethics classroom, but the complex world of shades and colours.

Does your pastor, spiritual leader, Member of Parliament, or journalist have the agility to discuss ethics with such rigour? Or are decisions going to be made simply based on the proportion of people who think/feel “this is a good thing to do”?

Let me conclude by adding another approach alongside the two mutually-exclusive positions of Deontological and Consequentialism:

Keeping to the simple introductions of terms in this post – Proportionalism sees the Deontological approach as the starting place – an action is right in and of itself – but keeps one eye on possible consequences. So, normally lying is wrong and we don’t lie. But – the gestapo come to our door in Amsterdam during the Second World War and ask if we are hiding Jews in our home. We lie, because the consequences of telling the truth (yes, Anne Frank and her family are behind that bookcase) is greater than the principle of not lying in this case. The consequences are not in proportion to the action. We choose the lesser of two evils.

[Proportionalism is not permitted in Roman Catholicism (see Pope John Paul II Veritatis Splendor 75 and Evangelium Vitae 68). You can visualise the slippery slope they see once you allow that, on occasion, the end might justify the means. The foundations crack and become unstable].

As I have said previously, in a post on euthanasia, the culture of this website is a place for light, not heat. In comments, you can respectfully disagree with one another. Use your ordinary name – no anonymous or pseudonymous comments. And remember there are real people with feelings and often tragic experiences reading what you write.