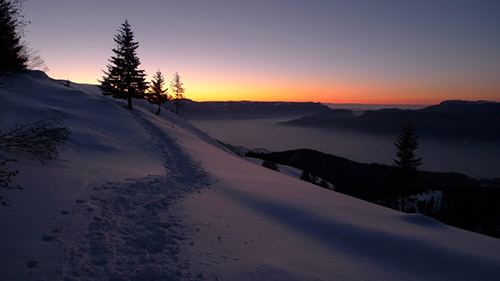 Around the end of last year, I was pointed to an article, “Do the Gospels borrow from Pagan myths?“. It reminded me of the regular contention around this time that Christmas is essentially a pagan celebration. It’s usually said by a Christmas Grinch, or a Jehovah’s Witness, or someone with a particular agenda. The truth, possibly surprisingly, may be the other way around.

The Puritan-dominated Parliament of England in 1644 banned all Christmas activities as being unChristian. The Puritans of New England followed suit. Scholars aided the perception of the unChristian basis for Christmas.

Paul Ernst Jablonski (1693-1757) argued that the celebration of Christ’s birth on December 25th was one of the many “paganizations” of Christianity that the degenerating Church of the fourth century embraced, departing from the pure apostolic Christianity into Catholicism. On the other hand, Dom Jean Hardouin (1646 – 1729) argued that the Catholic Church adopted pagan festivals for Christian purposes without losing the purity of the gospel.

As an aside, if I had to side with one of those two positions, I would not share Jablonski’s fear of “paganism”. If the dating of Christmas in fact is proved to be of pagan origin – I will happily continue celebrating it.

But I have mentioned previously that the date of Christmas may have originated with a calculation of the date of the Incarnation based on the belief that this occurred on the same date as the crucifixion.

In the West the calculation of the crucifixion came up with 25 March; in the East 6 April. So that’s the date of the incarnation. Calculate 9 perfect months forward and you have a birth in the West 25 December, and in the East 6 January.

You can read more about this in Thomas J. Talley’s The Origins Of The Liturgical Year

Professor William J. Tighe presses this further. He argues the opposite of the pagan origin of Christmas. He would have Christians already dating Christ’s birth as 25 December. Then the Roman Emperor Aurelian, hostile to Christianity, leading an empire that appeared to be collapsing in the face of internal unrest, rebellions in the provinces, economic decay, and repeated attacks from German tribes to the north and the Persian Empire to the east, and seeking to unify the various pagan cults of the Roman Empire, instituted the pagan festival of the “Birth of the Unconquered Sun” on 25 December 274. “If it co-opted the Christian celebration, so much the better.”

1 thought on “Is Christmas Pagan?”