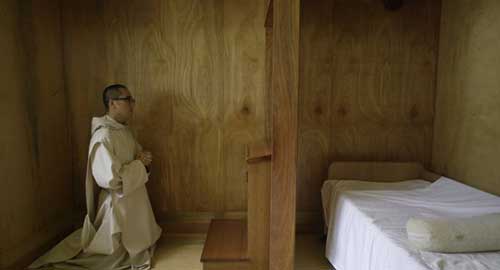 The Carthusian Cloistered Monastery is a magnificent new 2 hour 43 minute movie directed by Kim Dong-il-I set in the Notre Dame de Corée Charterhouse in South Korea. This charterhouse was being built in 2005, which is the time that the film Into Great Silence [Die große Stille] by Philip Gröning came out. This film is much in the same style.

I find it a little harder to follow the fine details of Carthusian life in the Korean version. I would appreciate any commentary on the film that any reader here can give. There appear to be 11 in the community. Normally, a Carthusian community is divided into “fathers” (who live in the separate houses) and “brothers” (who have a stronger community life and do more of the work, cooking, etc.) There appear to be about seven separate “houses” (cells) with individual gardens (photo source). Usually, such cells/houses are in multiples of 12. So, here there are not enough for all 11 of the community. So, some are housed in a possibly “brothers'” section which, from the aerial view looks a bit separated.

My favourite part? The relationship between the monk and the bird.

A couple of other features are new to me: a monk touches the hem of his hood as he passes another monk, acknowledging him. And when they go on their weekly walk, they are wearing a fawn coloured habit and without the typical Carthusian bands joining the front of the scapular to the back.

It is wonderful to see such a mixed community – you spot English, Latin, Hebrew, Korean, German, Spanish languages… In the film we see a family visit. We see a class run by a visiting priest (or bishop). UPDATE from Notes Part 2: this is 90-year old Bishop Dupont who has been in Korea since 1954 – he started preparing for a monastery 20 years ago. They have a monthly meeting where they discuss anything. Today it is poverty.

There is a LOT on this website about Carthusians. Here’s a starter:

The only review I found of this film is here (by William Schwartz). His review is not reliable. He begins by saying: “The most distinctive aspect of the Carthusians is that they take a vow of silence.” This is false. Carthusians make the traditional Western monastic vows of Obedience, Stability, and Conversion of Life. There is no vow of silence.

This leads him to continue, “Ironically enough, The Carthusian Cloistered Monastery depicts the monks speaking quite a bit, perhaps as a contrast to their normally quiet daily lives. The rules at the sole Carthusian monastery in Asia, more specifically in the Sangju district of South Korea, are a bit more lax than I was expecting.” That is because William Schwartz is incorrect in his expectations of a vow of silence.

Carthusians eat together weekly in silence. They also have weekly “recreation” together and also go on a weekly walk together, taking turns in pairs. These are occasions when the talking occurs.

Be blessed by the Korean Carthusian video. For convenience, I place here also, a copy of Into Great Silence: 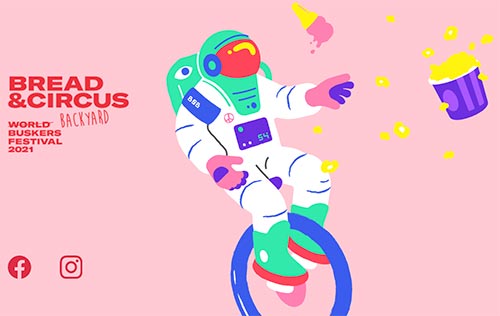