No liturgical bookshelf would be complete without some work by Rev. Dr. Marion Hatchett who died August 7. He was central in the development of the 1979 Prayer book and the 1982 Hymnal for The Episcopal Church (USA).

Sanctifying Life, Time and Space: An Introduction to Liturgical Study (1976)
A Manual for Clergy and Church Musicians (1980)
Commentary on the American Prayer Book (1981), and
The Making of the First American Book of Common Prayer (1982).

About leading worship he regularly asked the question “Is that particular action edifying to the people?” Ask that question before you do something you like, or think is nice, or have seen someone else do. Look at the tradition and ask, “Will this edify the people?”

Here are a couple of quotes from Hatchett that I can really identify with (to be read aloud slowly with a Carolina drawl):

The prayer book committee had operated on the assumption, apparently mistaken, that clergy, lay leaders and church musicians could read italics.

I had just been organising to contact him to ask if he could provide an explanation for the pattern of Episcopalians and Roman Catholics praying the same opening prayer/collect. More on Marion Hatchett here.

Most recently he was in the news for a speech he gave recently at General Theological Seminary:

The American Church jumped way out ahead of the Church of England and other sister churches in a number of respects. One was in giving voice to priests and deacons and to laity (as well as bishops and secular government officials) in the governance of the national church and of dioceses and of parishes. The early American Church revised the Prayer Book in a way that went far beyond revisions necessitated by the new independence of the states.

At its beginning the American Church legalized the use of hymnody along with metrical psalmody more than a generation before use of ‘hymns of human composure’ became legal in the Church of England. At an early stage the American Church gave recognition to critical biblical scholarship.

Here is the full text which includes several chuckles.

Into your hands, O merciful Savior, we commend your servant Marion. Acknowledge, we humbly beseech you, a sheep of your own fold, a lamb of your own flock, a sinner of your own redeeming. Receive him into the arms of your mercy, into the blessed rest of everlasting peace, and into the glorious company of the saints in light. Amen.

May his soul and the souls of all the departed, through the mercy of God, rest in peace. Amen.

Thanks to @seanferrell for letting me know 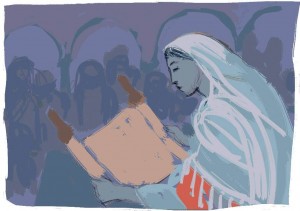