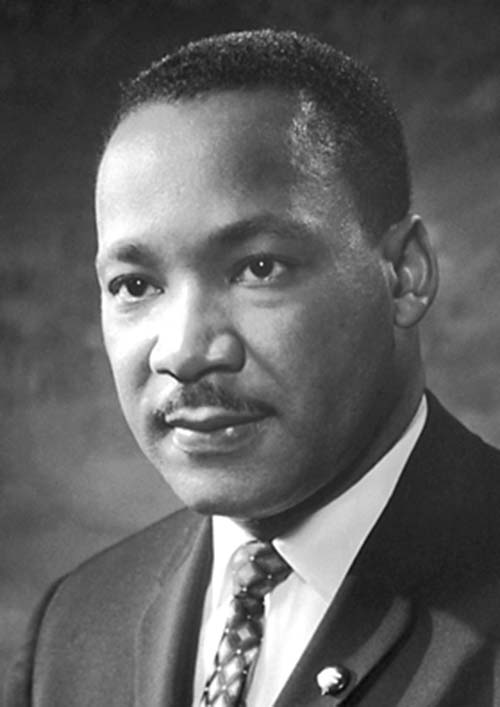 Michael King (born December 19, 1899), an American Baptist pastor, became leader of the Ebenezer Baptist Church in March 1931. In 1934, Michael King went on pilgrimage to the Holy Land in a group of ten Baptist ministers. He went on to Germany. This included the week-long Baptist World Alliance conference in Berlin. In Germany, he was so taken by Martin Luther that, in his honour, he started to refer to himself, increasingly, as “Martin Luther King”. Michael/Martin Luther King had three children. His oldest son, Michael King Jr., was at that stage five years old. He was called “Little Mike”.

Dad also changed his son’s name to Martin Luther King Jr. Name changes have a long history in the Judaeo-Christian tradition. This is usually associated with a mission.

Martin Luther, of course, was himself named after St. Martin of Tours whose feast day occurs this week (11 November; with Eastern Orthodox celebrating him on 12 November). Luther was was baptised on St Martin’s feast day, November 11, 1483 – hence his being named “Martin”. Interestingly, while usually biblical saints would be the names of Lutheran churches, many older Lutheran churches are called “St. Martin”.