The US Roman Catholic Bishop Conference has just launched a website to prepare English-speaking Roman Catholics for the dramatic changes to the Roman Catholic Mass. Currently Roman Catholics know their responses by heart. They don’t hand out sheets with responses when you arrive. They don’t use power point or overhead projectors to put responses up onto a screen. But in a few months time, this admirable chorus of perfectly synchronised voices will be disturbed. A new translation is almost ready and various texts said by the congregation will change.

I understand the collects/opening prayers will look a lot more like Anglican ones, whereas currently Roman Catholic and Anglican translations of the same Latin prayer are barely recognisable as having the same source. Unfortunately, texts agreed ecumenically are being abandoned by the Roman Catholic Church. With this also will go all the ecumenically shared music. Familiar musical settings will no longer fit with the new texts some of which have been changed a little, others have been changed dramatically.

My prediction: some Roman Catholics will welcome the new texts with enthusiasm – those who have looked with envy at Anglican English quality texts; regular Sunday Roman Catholics will faithfully accept changes, as they have all other changes handed down from above (with maybe a bit of occasional muttering); some occasional Mass attendees will continue to attend – occasionally. But for many occasional Mass attendees this will be the last straw. They will arrive at a Mass they can no longer participate in by rote, by heart. Mass attendance numbers will drop further. I have, for example, been present at Roman Catholic funeral Masses where, with a large number of nominal Roman Catholics present, as well as many not Roman Catholic, with the practice of assuming responses are known by heart, the responses have been embarrassingly dire. Unless Roman Catholics adapt by introducing some ways of helping people including visitors with responses, this deterioration will only accelerate.

The United States Conference of Catholic Bishops have prepared a website they hope will lessen the disruption. It indicates familiar cues like “The Lord be with you” will no longer have as a response “And also with you.” The response will now become “And with your spirit.” The response to “Let us give thanks to the Lord our God.” will become “It is right and just.” Words have been added and others removed in the penitential material, the Gloria has had a complete overhaul, the creed has had significant changes, the Sanctus, Memorial Acclamation, and Agnus Dei have had sufficient changes to trip one up. 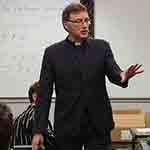 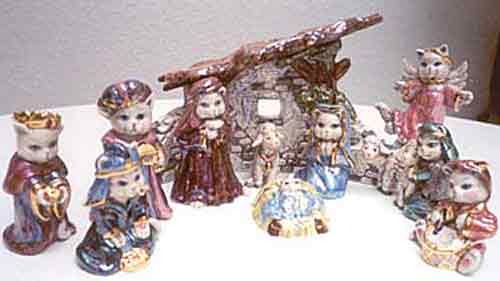