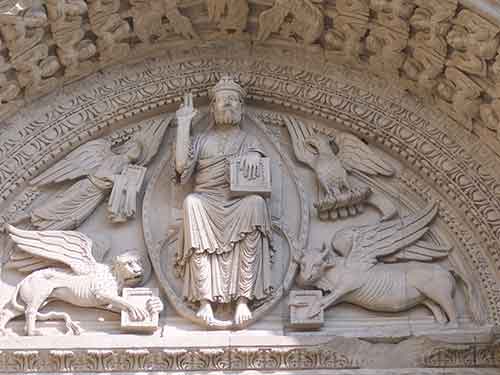 It’s a hardy annual: someone has a theory how they could improve the 3-year Sunday lectionary. The latest off-site conversation I have had about this was arguing for a fourth year focusing on John’s Gospel.

Currently, we have a three-year cycle: one year for each Synoptic Gospel (Mt; Mk; Lk). In the Seasons of Advent/Christmas and Lent/Easter, there are often connections between the three readings and the Psalm. Outside these seasons, usually the three readings and the Psalm do not tie together in this closer manner (other than proclaiming the actions of God throughout the scriptures). [Those who are confused by this and still seek a theme for every Sunday across the readings might start by reading this]. RCL provides two options for the first reading. One set of RCL readings follows the RC approach (the originators of the lectionary) tying the first reading (from the Hebrew Bible) to the Gospel. The other set uses the same approach to the Hebrew Bible as it does to the rest of the scriptures, reading semi-continuously.

The essence of the off-site discussion was that not having a fourth year focusing on John’s Gospel might stem from suspicion that somehow the Fourth Gospel is not as reliable or trustworthy or ‘authentic’. I do not think that is the case [notwithstanding that there is a different attitude to the historicity of John’s Gospel even amongst those who are at the more conservative scripture scholarship end of the spectrum – see as a recent example the discussion here].

Rather than thinking of the Fourth Gospel as holding a secondary place in the Three-Year Lectionary, one could strongly argue that it holds a primary place. The Fourth Gospel is read in every year. It is read at Christmas; every day of Holy Week – including at length always on Good Friday; every Holy Saturday; every Easter Day; The Day of Pentecost; Trinity; All Saints…. and so on… Some verses are omitted – but essentially the whole Gospel is covered. That cannot be said of, say, Luke’s Gospel.

A penultimate point: each year using The Three Year Lectionary has a similar ‘feel’ – a ‘Synoptic Gospel feel’ outside the two great seasonal blocks, and more of a ‘Fourth Gospel feel’ within those seasons. I think that is genius – unrecognised, possibly, but superb nonetheless. Aside from the impossibility of garnering energy to change the three-year tradition (used by well over half of the world’s Christians – and supplemented by wonderful and ever-increasing resources) to a four-year cycle, an imagined four-year cycle would have three years of a ‘Synoptic Gospel feel’ and every fourth year would ‘feel’ quite different.

Finally: as I have said so often before – I challenge those who complain about the Three-Year Lectionary to actually, concretely provide the alternative being used year in year out in their church. From my experience, the complainants generally in their own context have not given the Three-Year lectionary a fair go. Often, they use one or two lessons, and regularly no psalm – rather than the full meal of three readings and a psalm.

Ps: No, I haven’t been ignoring the meeting of GAFCON and the Kiwi parishes that are voting to leave the Anglican Church of Aotearoa, New Zealand and Polynesia (or might they argue that they are the continuing ACANZ&P, and the rest of us have left?). The Kiwi contingent at GAFCON’s Jerusalem conference talked about how they are loyal to the vows they make and the declarations they sign. I’m wondering how that will work out in terms of commitment to using the Prayer Book, vesting, and (with this post in mind) faithful use of the Three-Year lectionary they sign up to. Would anyone protest that those intending to leave are adhering to their vows and declarations?

11 thoughts on “Revising the Lectionary?”