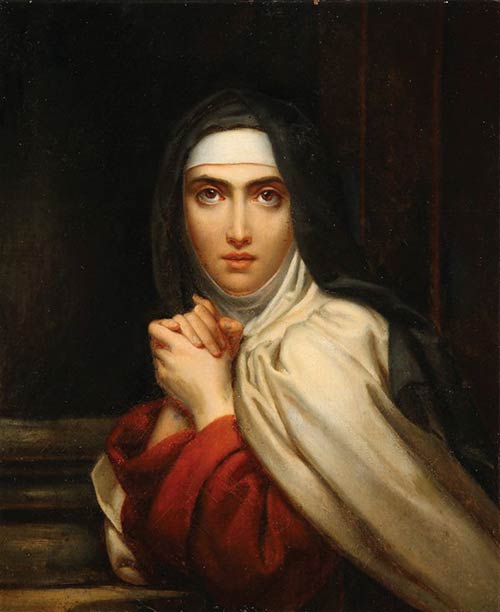 O God,
by your Holy Spirit
you moved Teresa of Avila to manifest to your Church the way of perfection:
Grant us, we pray, to be nourished by her excellent teaching,
and enkindle within us a keen and unquenchable longing for true holiness;
through Jesus Christ, the joy of loving hearts,
who with you and the Holy Spirit lives and reigns,
one God, for ever and ever. Amen.

Teresa was one of two women declared a “Doctor of the Church” in 1970 by the Roman Catholic Church, primarily because of her two mystical contemplative works, The Way of Perfection and Interior Castle. She was a close spiritual and personal friend of St. John of the Cross.

In her autobiography, Teresa tells that, following her mother’s death, she became quite worldly. To offset this, her father placed her in an Augustinian convent to be educated, but serious illness ended her studies. During convalescence, she determined to enter the religious life; and, though opposed by her father, she became a postulant at a Carmelite convent. Again, illness forced her to return home. After three years, she returned to the convent.

The above is the start of the entry on Teresa of Avila (October 15) in Great Cloud of Witnesses (read the rest at the link).

The sixteenth century saw significant reforms in the life of the church in Europe. This included important reforms in the religious orders as part of the Catholic Reformation. To this, Teresa of Avila made an outstanding contribution. Teresa became the founder of a reformed order of the Carmelites.

Teresa was born in 1515 of an aristocratic Castilian family in Avila, and was sent to Augustinian nuns to be educated. Although religiously inclined from a young age, she developed a teenage interest in fashion and romance. Then, after reading Jerome’s letters during a convalescence, she decided to become a nun and joined the Carmelite Convent of the Incarnation.

Like many other monasteries of the time, the convent was rather liberal and luxurious, but Teresa committed herself to deepening her prayer life. She impressed the other nuns and the many visitors with her charm. Her prayer life deepened, until in 1555 she experienced visions and a conversion in which she identified herself with Augustine and Mary Magdalene. Her concern for strict observance of the primitive Carmelite rule brought her much opposition and ridicule from ecclesiastical authorities, but in 1562 she set up a new house of St Joseph at Avila, the first of sixteen founded during her lifetime. Although almost universally known as Teresa of Avila, from the location of the house, her religious name was Teresa of Jesus.

Read the rest of the above in For All the Saints

Let nothing disturb thee;
Let nothing dismay thee:
All things pass;
God never changes.
Patience attains
All that it strives for.
He who has God
Finds he lacks nothing:
God alone suffices. 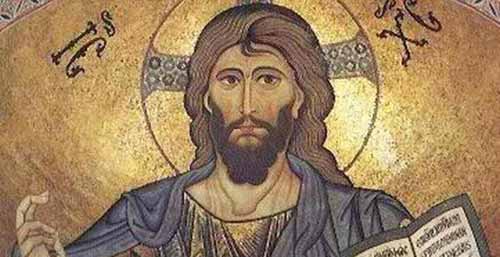 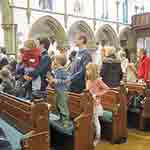 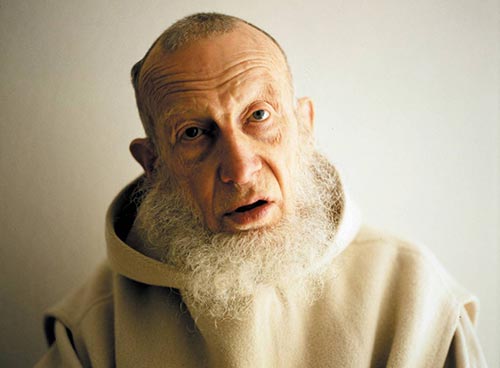