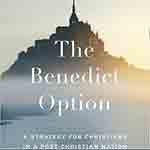 The Benedict Option: A Strategy for Christians in a Post-Christian Nation by Rod Dreher

I have possibly come late to The Benedict Option conversation.

I am not sure that I’ve been missing as much as some might have implied.

Rod Dreher calls for a “strategic withdrawal” from mainstream society, and terms this “the Benedict Option”.

Here is his rationale:

Alasdair MacIntyre… declared that Western civilization had lost its moorings. The time was coming, said MacIntyre, when men and women of virtue would understand that continued full participation in mainstream society was not possible for those who wanted to live a life of traditional virtue. These people would find new ways to live in community, he said, just as Saint Benedict, the sixth-century father of Western monasticism, responded to the collapse of Roman civilization by founding a monastic order. (page 2).

If I were asked to articulate my own spirituality, I would talk about the desert and the desert tradition, with monasteries as laboratories and hothouses to enrich that tradition, and the Rule of Saint Benedict as a wonderful focus for this tradition. I try and live this desert tradition beyond monastery walls. But I don’t think this is about some sort of escapism. Far from it! Rather, with the (monastic lifestyle of the) followers of Charles de Foucauld and the insights of Brother Roger of Taizé, I would look to Jesus’ metaphors that we be salt, and light, and leaven. There is good in God’s world, and our calling is to point to the good and enhance it. When there is evil in the world, we also join with all people of goodwill and reduce the effects of the evil as much as possible (that also is one of the qualities of salt).

Page after page of The Benedict Option refers to the “LGBT agenda”. Having grown up in a country in which (until relatively recently) LGBTs were illegal, I have seen no agenda other than acceptance of what gay theologian James Alison argues is a “non-pathological, regularly occurring minority variant”. I fully support such an agenda of inclusivity. That “the world” accepted this before “the church” leads Rod Dreher to his “Benedict option” and argue for building strong arks to sustain true believers in the sea of the dark age that has overtaken us. That “the world” accepted this before “the church” leads me to see God as active in God’s world (often continuing the momentum begun in Jesus and the Hebrew prophets) and embarrassed about “the church” which is stuck on this particular roundabout. [If you want to hop on this roundabout and debate this, there’s plenty of websites for that].

Much of the book reads as if USA is the paradigmatic post-Christian nation. Much of it reads as so much USA evangelicalism does (eg. Rod advocates for home schooling). Hence, there is online confusion about Rod Dreher’s own denominational position. Born in 1967, Rod grew up in the Methodist context. He joined the Roman Catholic Church in 1993. Since 2006, Rod has been a communicant member of the Orthodox Church (I do not use Rod’s “conversion” language – conversion is a much deeper movement, yes it may happen in changing denominations, but changing denominations is not identical to conversions). Orthodox Christians, normally however, do not understand Orthodoxy as being simply one denomination amongst others. Orthodox Christians understand Orthodoxy as the Church founded by Christ. Do keep that in mind as you read The Benedict Option.

There is much good in The Benedict Option – with challenges around money, technology, worship, prayer, education,… Archbishop Rowan Williams, himself well versed in Saint Benedict, his Rule, and the desert tradition says it well:

The book is worth reading because it poses some helpfully tough questions to a socially liberal majority, as well as to believers of a more traditional colour. Yet it also fails to note the irony of advocating what it does in a climate where liberal triumphalism has already been shaken by a very un-Benedictine set of influences, through the resurgence of populist conservatism and protectionism. And neither restating liberal nostrums nor Dreher’s “strategy of hibernation” – to borrow a phrase from Adorno – seems an adequate answer to this.

If you have read the book, what do you think? 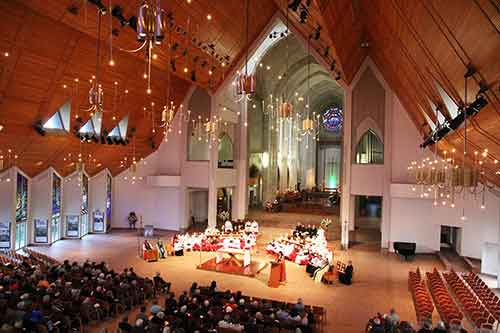 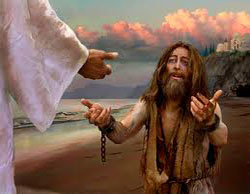 no pigs for Catholics? 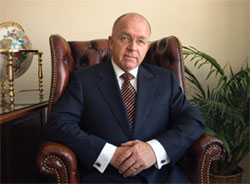