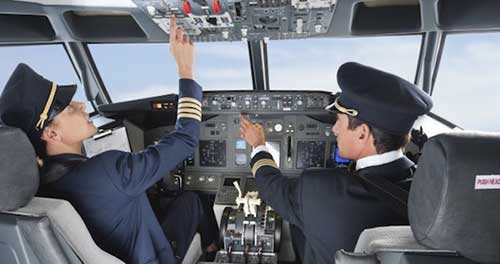 A “liturgist” in NZ Anglicanism is not (as on the rest of the planet) a person who studies liturgy; here a “liturgist” is a lay leader in the “first part of the service”. Whatever I might think about this way of running a service, in practice this is deeply embedded in NZ Anglicanism. And, whatever I might say, because I am a priest, inevitably my critiquing of the practice will result in some mutterings of “clericalism”.

I recently wrote about the clutter of our Gathering rite. What I see in practice, then, is the lay-co-presider (“liturgist”) leading the community through the following:

We might write that Rev. White or Bishop Black is “presiding”, but in fact, with the very volume of words pouring from the lay-co-presider, any non-church-goer would be forgiven in thinking that the person (dressed what to them looks priest-like) dominating the lectern is leading the service.

I hold that leading the service is a very particular ministry. I hold to the insight of the ages that this is a charism/gift that needs to be discerned, and nourished with study, training, and formation. The tradition of the ages is for the church to embody these dimensions by ordaining its leaders.

I fear for lay ministry, the ministry of all the baptised, exercised with full, active, and conscious participation in the liturgy whatever one is doing in a service, if “real” lay ministry has come to be seen as dressing in what to many looks priest-like, and being up the front, and doing bits that in the past were done by the priest. That, to me, is clericalising lay ministry. That, to me, is clericalism, perniciously destructive.

If the priest has had no better/more study, training, and formation in service leadership than Mrs Brown or Mr Green, and ordination is merely the passing on of magic powers to proclaim the Absolution and the Eucharistic Prayer (in practice the two bits that the “presider” does get to do – and in many situations they are the only bits they do) then we have a serious case of clericalism which needs urgent attention.

Certainly, if you want to in practice not give the impression that the lay-co-presider is actually leading the service, then the community has to seriously cut back on the volume of stuff this person says and does.

As I was preparing this post, I (coincidentally/synchronously) read an article by Simon Reynolds who is the author of Table Manners: Liturgical Leadership for the Mission of the Church

. [I haven’t read his book – but I sure will now]. He wrote about comparing the recent episcopal ordinations of Libby Lane and Philip North, and I see his images of the apparently random manner of distributing leadership roles, and the sense of competing for the same space in a liturgical game of musical chairs as describing well my experience of lay-co-presiding in NZ:

…The first of the two consecrations (Libby Lane’s) was a model of how to order an episcopal ordination. … A sense of cohesion was self-evident in the Archbishop’s presidency, complemented by the appropriate liturgical ministry of others. As the introductory note to the Eucharist in Common Worship acknowledges:

“The unity of the liturgy is served by the ministry of the president who, in presiding over the whole service, holds word and sacrament together [Simon Reynolds’ italics] and draws the congregation into a worshipping community. The president … expresses this ministry by saying the opening Greeting, the Absolution, the Collect, the Peace and the Blessing. The president must say the Eucharistic Prayer, break the consecrated bread and receive the sacrament on every occasion.”

The Archbishop’s modelling of this ideal felt organic, innate and contributed to a sense that, as the congregation was carried by the peaks and troughs of the liturgy, as different voices spoke, silences emerged, processions moved and music intensified the prayers and hopes those present, the unambiguous centre of gravity was the Archbishop as liturgical president.

In the second consecration (Philip North’s) it was far less clear how the unity of the liturgy was being served. …

Quite often, it felt as if the fundamental question of how presidency of the whole liturgy would be expressed to give unity and cohesion to a great celebration, sank under the accumulation of so many other competing demands. …The (doubtless unintended) outcome was that the Archbishop’s stated desire to model ‘gracious restraint’ was undermined by the apparently random manner in which he seemed to appropriate aspects of the presidential role.

Instead of there being a centre of gravity in the liturgy, there was an impression of two bishops competing for the same space in a liturgical game of musical chairs. The one who greeted the congregation, absolved them and then blessed them at the conclusion of the liturgy, did not recite the Eucharistic Prayer, break the consecrated bread, or invite the congregation to receive communion. The notion of the unity of word and sacrament being embodied in the president was fractured. The focus of liturgical unity was obscured.

I am left asking why the Bishop of Chichester could not have been granted the Archbishop of York’s commission to preside over the whole rite. …

Much parish worship in the Church of England is less than the transformative experience it should be at present, precisely because there is a lack of theological insight; a paucity of spatial and artistic imagination; but most of all, confusion about what constitutes good presidency [my emphasis this time] — and how good presidency enables the whole people of God to fully celebrate the mysteries of faith in the sacrament of unity….

6 thoughts on “Who is Leading?”