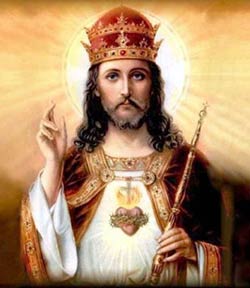 For about three weeks now, there has been an almost-daily debate raging in our local newspaper whether Jesus was actually an historical person.

When Dan Brown was in vogue, NZ Anglican clergy would come to me, some concerned, some intrigued – that Brown was writing history.

More recently, Anglican clergy have recommended “Caesar’s Messiah” to me – the latest “ground-breaking” theory – Jesus was the invention of the Roman Imperial Court. The purpose of the Flavius Caesar ruling family in producing this construct: to offer a vision of a “peaceful Messiah” who would serve as an alternative to the revolutionary leaders who were rocking first-century Israel and threatening Rome.

This video, particularly, did the rounds:

12 seconds in to the above video by Caesar’s Messiah “expert” John Hudson:

Claiming to be “written independently”? By this does “expert” John Hudson mean like the start of Luke: “Since many have undertaken to set down an orderly account of the events that have been fulfilled among us, just as they were handed on to us by those who from the beginning were eyewitnesses and servants of the word, I too decided, after investigating everything carefully from the very first, to write an orderly account…”

NZ appears ripe for the touting of every kooky theory. It is illegal to teach about religion in our state primary schools. Learning facts and understanding facts are often lost well behind ‘making meaning’ and ‘creating meaning’.

The book that claims the Shroud IS the resurrection was a best-seller here, the first book you saw when you walked into most bookshops. State-owned Television paid for “research” that produced “breakthrough” scholarship blaming Jesus’ death on Pilate alone. Let’s not even mention the slick popularity here of The Ant and the Ferrari.

Alan Walsh, repeatedly appearing in the weeks of letters to The Press, says he has spent most of last year studying seven (unnamed) scholarly works to try and determine whether Jesus really existed. Apparently Jesus did not exist. He is not an historical individual. Alan Walsh writes (January 12):

People who would have been expected to have written about Jesus but failed to do so include: Philo of Alexandria, Seneca, Gallia, Justus of Tiberius, Ignatius of Antioch, Josephus (if one ignores the out-of-place paragraph noted), Tacitus, Pliny the younger, Polycarp, Suetonius, Clement of Rome, Justin Martyr, Lucian, Clement of Alexandria, Tertullian, Origen and Cyprian of Carthage.

18 thoughts on “Jesus did not exist?”