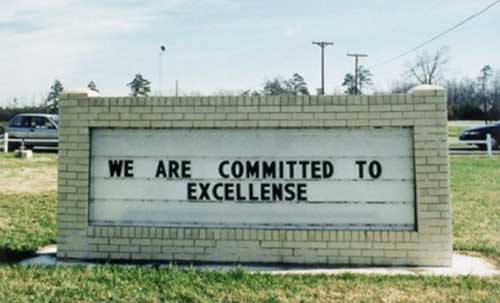 A bill was passed at General Synod Te Hinota Whanui 2014 (GSTHW14) that we only refer to Sundays ‘of Advent, Christmas, Epiphany, and Easter’ and ‘in Lent and Ordinary Time’.

There was “detailed consideration” of the Bill at GSTHW14.

Having now passed this first hurdle, this Bill now goes for further careful debate and voting at each diocesan synod and hui amorangi, then back to another meeting of GSTHW, after which it lies on the table for anyone to challenge.

So, approximately three years from now we will no longer see things like this in our lectionary booklet:

There will still, of course, be room for some variety in the Anglican Church of Or.

This Bill has to be read in conjunction with our formulary (agreed practice) “Liturgical Precedence 2009“. There we have agreed that “Ordinary time is the period after the Feast of the Presentation of Christ…” (February 2). The Western Church ordinarily starts counting Sundays in Ordinary Time from the Sunday after Epiphany (January 6). So NZ Anglicanism is starting counting Sundays in Ordinary Time 47 days later than the rest of the planet! Using the example of the 2015 calendar above, the rest of the Western Church will call Sunday February 8 the “5th Sunday in Ordinary Time”, but for NZ Anglicanism, following this Bill, Sunday February 8 would be the “1st Sunday in Ordinary Time”!!!

The question to ask supporters of this Bill is how they will title Sundays in a revised Prayer Book.

An irony of the reporting of this Bill is that it is that it “would remove potential confusion“. But while it states that this Bill has been “confirmed and passed into law“, in fact, as I have described, it is only at the start of that lengthy process.

Shall we have a song competition for the synod meetings that will be debating this?

Here is the complete bill:

A Bill to Amend the Reference to Sunday Titles in all Formularies, Canons, and Publications of this Church

Whereas, various provisions exist for naming the Sundays in The Calendar – Te Maramataka, and these differ between the A New Zealand Prayer Book – He Karakia Mihinare o Aotearoa on pages 4-6 and pages 692-723, the Revised Common Lectionary, the Notes on the Calendar, and Celebrating Common Prayer, and

Whereas, consistency is desirable,

1. Title. The title of this Statute shall be The Reference to Sunday Titles in all Formularies, Canons, and Publications of this Church Statute 2014.

2. Purpose. To amend the Reference to Sunday Titles in all Formularies, Canons, and Publications of this Church.

3. The Sunday Titles should be described as being ‘of Advent, Christmas, Epiphany, and Easter’ and ‘in Lent and Ordinary Time’ in all references in Formularies/Canons/Publications of this Church, noting especially in A New Zealand Prayer Book – He Karakia Mihinare o Aotearoa pages 4-6, 525-536, and 550-602.

4. Clause 3 of this Statute is the adoption of a specific proposal in terms of Part B, Clause 6(a) of the Constitution/te Pouhere, and Section 4(a) of the Church of England Empowering Act 1928, and shall be made known to Te Runanganui o Te Pihopatanga o Aotearoa, the Synod of the Diocese of Polynesia, and the several Diocesan Synods in New Zealand.

One of the motivations of this Bill is laudable, “consistency is desirable”; do you think this Bill achieves that?

Today is the Thirty-second Day of Easter.