One door opens another closes

Update: With General Synod Te Hinota Whanui’s meeting concluded, I have written about what I can discover from afar, here.

Yesterday, General Synod Te Hinota Whanui (GSTHW) passed a motion about blessing committed same-sex couples. This calls for a working group to report to GSTHW 2016. This group is to work on holding together within the church those who are for and those who against blessing committed same-sex couples, to present a rite for such a blessing, and present further reflection on ordination and its requirements, and on marriage.

I have consistently argued that the blessing of committed same-sex couples was possible through the Worship Template. Section 4 of yesterday’s motion, having acknowledged that as an understanding in the Ma Whea? Commission Report, now forbids that. A door to working towards Ma Whea?’s Option I has been opened (“Anglican Church to Add a New Rite of Blessing by Priests of Those in a Same Sex Relationship”). But Option B2 has been firmly closed.

With the permission of the bishop and vestry (or equivalent), clergy may “recognise in public worship a same-gender civil union or state marriage”, but this can no longer be a blessing (as many have been doing legally under our church’s agreements). I will be fascinated to see texts for such liturgies of “recognition”. As people have or develop rites of “recognition” I hope they will be publicly shared (online). 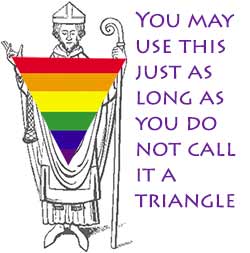 I would love particularly any member of GSTHW to give some indication how one recognises without blessing, remembering that, along with others, Anglicans understand giving thanks as effecting blessing.

Through the three days of debate on this at GSTHW I understand all the observers were asked to leave from every single Ma Whea? related session – not just caucuses (which had been expected) but conferences too. As one tweeted about the desire to be able to follow the debate, “it’s like maths. They need to show their working so people know how they got to their answer.”

You can read the full motion here. These four parts within it, it refers to as its resolutions:

(a) A process and structure by which those who believe the blessing of same-gender relationships is contrary to scripture, doctrine, tikanga or civil law, will not be required to perform any liturgy for the blessing of same-gender relationships, will continue to have integrity within the Church, and will remain compliant with the parliamentary legislation within any relevant jurisdiction;

(b) A process and structure by which those who believe the blessing of same-gender relationships is consonant with scripture, doctrine, tikanga and civil law may perform a yet to be developed liturgy for blessing same-gender relationships in a manner which maintains their integrity within the Church, is compliant with the parliamentary legislation within any relevant jurisdiction, and can remain in communion under scripture, doctrine and law; including

(i) A proposal for a new liturgy to bless right ordered same-gender relationships;

(ii) A process and legislation (whether church or parliamentary) by which a new liturgy to bless right ordered same-gender relationships may be adopted;

2. Recognising that this work has the potential to impact on the Church’s theology of ordination and marriage, asks the group to report for our future on:

(a) The theology of ordination to Anglican orders and requirements for that; and

(b) The theology of marriage.

3. This General Synod/Te Hīnota Whānui commits itself to continued dialogue/talanoa/wānanga which respects and protects diversity with the option of change.

“By one Spirit we were baptised into one body”

We are disciples of Jesus Christ who took a towel and basin and bid his disciples to serve and care for all.

We are acutely aware of the desire of some clergy to make further response pastorally and prayerfully to LGBT people in their faith communities.

Clergy who so wish are permitted to recognise in public worship a same-gender civil union or state marriage of members of their faith community:

(a) with the permission of their licensing Bishop; and

(b) with the permission of their Vestry or equivalent leadership body.

Such recognition cannot be marriage or a rite of blessing of a same-gender relationship.

We recognise that this may cause even further distress. Noting the commitment of the Church demonstrated in clauses 1 to 4 above, we ask the LGBT community to recognise that any process of change within our Church takes time.