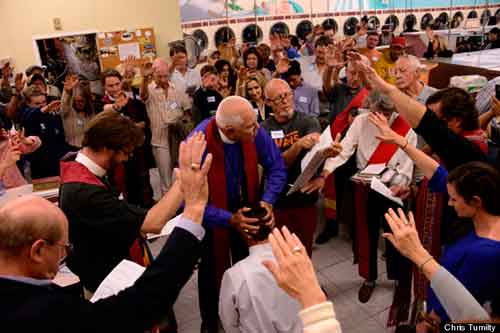 I’ve been very taken by two images from the same diocese, at the same time.

Above, is the ordination to the diaconate at a laundromat where ‘Laundry Love’ is a regular programme in which homeless people or anyone in need may drop by to do their laundry for free with money, soap and machines provided.

Too often, it seems to me, the diaconate is used as little more than a stepping stone to priesthood. Here the leadership in radical service is stressed.

The second image, below, is from Rev. John Crean’s celebration of the 40th anniversary of his ordination as a deacon with a High Mass at St Thomas, Hollywood. 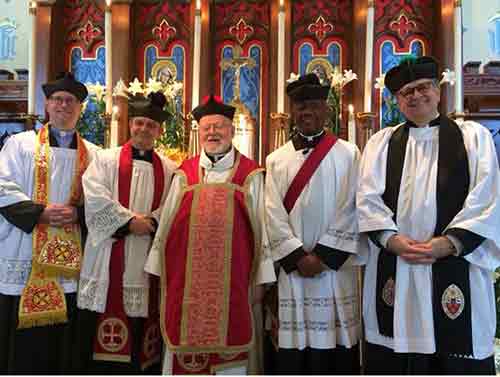