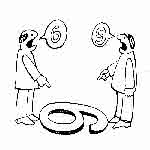 We live in a world of “alternative facts”, a “post-truth” culture. No questions are silly. Every opinion is of equal value. There has been a clever sleight of hand: we have turned valuing every person whatever their opinion into valuing every opinion.

People, in this new world, don’t do wrong, certainly they don’t sin – people in this world make “errors of judgment”. People don’t lie – they “misspeak”. There are no facts – just “my truth” and “your truth”. “This is true for me.”

This attitude is present in educational theories: curriculums shy away from a canon of agreed content. This culture is present in art and architecture theory and practice – beauty is understood as totally in the eye of the beholder.

I’m as post-modern as the next person. Certainly, “where you stand determines what you see”. And, with my science degree, I understand that light is both waves and particles.

But I’m going to be old-fashioned about this: either humans have landed on the Moon, or we have not. Events happened or they did not happen. The world is flat or not. The universe is just over 6,000 years old, or it is not. Either President Trump’s inaugural ceremony had the “largest audience to ever witness an inauguration” or it did not. Either humans evolved, or we did not.

Sure, some things we cannot verify; we may not be able to work out if something happened or not. But it did happen or not happen.

Sure, with some things, we can view them from different perspectives. God, for example, can be described in a variety of ways. I treasure the apophatic tradition which challenges definitions of God. There is value in the story of the elephant and the blind people. But, even with “life after death”, either death is the end, or death is not the end.

The image at the top of this post is thought-provoking. But let us not too quickly oversimplify, or press the ideas too hard. Whoever painted the image on the ground had an intention for what it would signify – a 6 or a 9. If it is part of a sequence of numerals (say, on the ground, in car park), we can work it out by the orientation of the other numerals. Or we can ask the person who put it there what s/he intended (even if they intended that it be a discussion-starter like the image at the top). To say that we can no longer work out what was originally intended is one thing. To say that it means whatever I want it to mean is quite another. To press this further: there is an objective elephant for people to have limited subjective experiences and descriptions of. 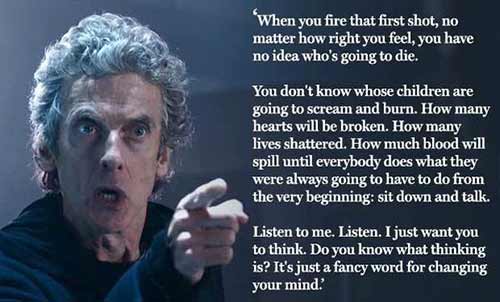 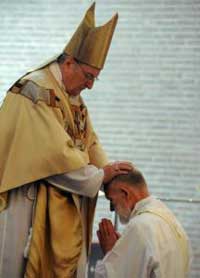