This year, on 4 December, it is the 50th anniversary of the Constitution on the Sacred Liturgy (Sacrosanctum Concilium), the first document promulgated by Vatican II. I was invited to write a reflection from an Anglican perspective for Liturgy, the Roman Catholic Auckland Diocesan Liturgy Centre publication.

I am grateful that they are happy for me to post my article on my site, and encourage you to consider subscribing to the magazine.

Generally, however, there were periods in these last fifty years when, in many places, if you walked into church off the street, the average person may have struggled to know if this was a Roman Catholic or an Anglican Eucharist they had walked in on.

In the nineteenth century, catholic-minded Anglicans had worked hard to revive “six points” in Anglican Eucharistic practice (vestments, eastward-facing presiding rather than standing at the north side, unleavened bread, adding water to the wine, incense, and candles). In the time since Vatican II these practices (excepting, possibly, incense) were mostly widely accepted (both denominations, of course, moved from eastward-facing to westward-facing presiding). With the common texts, shared lectionary, and basically similar structure to the Eucharistic rites (which had gone back ad fontes, to the sources, of the early church) similarities had become greater than differences.

Not just the Eucharist has had revision and reform in a common direction. Many rites in the two faith traditions are now very similar: the Daily Office, the Ordinal, individual auricular (private) confession, and the Calendar of saints, to name just a few.

Some Roman Catholics may be surprised when they glance through the Anglican Calendar of saints to find names that they are very familiar with. Anglicans, for example, have been formally celebrating the feast days of people like Mary MacKillop and Mother Teresa of Calcutta longer than Roman Catholics have.

Obviously Roman Catholics see their church, after the 20th century reforms, as still being in continuity with the church prior to those reforms. Anglicans have a similar perspective on their 16th (and 17th) century reforms. In their calendar Anglicans include names from throughout Christian history.

One of my recent delights has been the discovery that Anglicans (especially in the province of The Episcopal Church, but elsewhere also) and Roman Catholics are not only drawing from the same treasure of Western Latin collects, but are praying them on the very same days! Collects (sometimes referred to as the Opening Prayer) have a particularly central place in Anglican spirituality. That both denominations are praying slightly different translations of the same Latin collect on the same day is the more remarkable when both have moved them from their inherited day and linked them to the same set of readings. I have been unable to find anyone else who has discovered this, nor an explanation of the history that has led to this. I am working on a booklet, Book of Prayers in Common (available free), that develops this discovery further. About half of the Sundays of the year are in this wonderful ecumenical situation where Anglicans and Roman Catholics can be praying the same collect on the same day.

More recently, sadly, there has been some growing apart. Last year the new Missal arrived in New Zealand. It abandons the common ELLC texts, and the Vatican now forbids the use of the contemporary Lord’s Prayer at Mass. [Incidentally, this means that the Lord’s Prayer now follows quite different translation principles to the rest of the Missal.] With the loss of those shared texts also comes a loss of shared musical resources with those texts.

On the Anglican side, there has been increasing flexibility, and growing acceptance of the abandonment of New Zealand’s authorised texts. Common Prayer, as it was earlier understood, is a reality being lost.

In the last fifty years Roman Catholics and Anglicans grew towards each other liturgically, but they have now begun to drift apart again. This semicentenary since the promulgation of Sacrosanctum Concilium is an invitation to reflect on where we have journeyed and where we might go next. 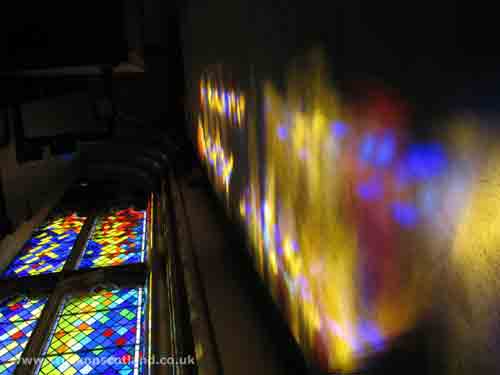 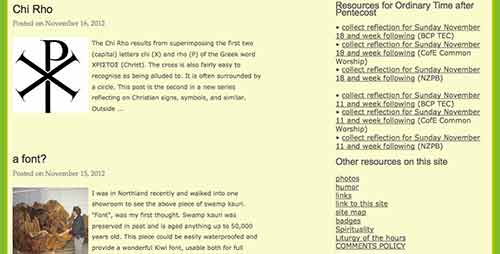 what’s on this site?