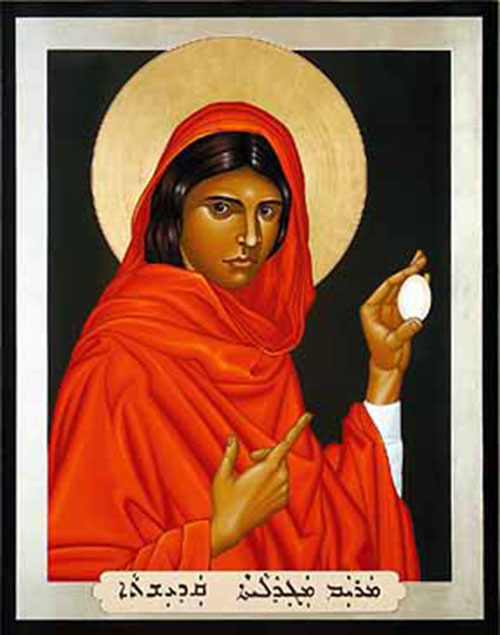 I was recently sent a hymn for the Feast of Mary Magdalene with permission to share this on this site. The lyrics are by Lucy Nanson. The suggested tune is an arrangement by Betty Pulkingham of a Ghana folk song.

The lyrics of Lucy Nanson’s hymn are here.

The Saint Helena Breviary also has a hymn for Matins of St Mary Magdalene.

Lucy Nanson’s one is the only one she knows alluding to Mary Magdalene’s Eastern tradition (while allowing the last verse to be optional). These traditions include that she was a wealthy woman who supported Jesus’ ministry financially. She was one of the few who stayed with Jesus at the cross, and the first to meet him at the empty tomb. In this tradition she journeyed to Rome where she was admitted to Tiberius Caesar’s court because of her high social standing. She told Caesar of Pilate’s poor administration of justice and told him of Jesus’ resurrection. She picked up an egg to illustrate the resurrection, at which point Caesar said that a human could no more rise from death than the egg turn red. At which point it did – the explanation of the Eastern red Easter eggs. The tradition continues to Mary Magdalene’s martyrdom.

There is further information here and here.

The above icon was commissioned to commemorate the election of Barbara Harris – the first woman to be ordained bishop in the Anglican Communion. It hangs in Grace Cathedral San Francisco, and was written by Robert Lentz. 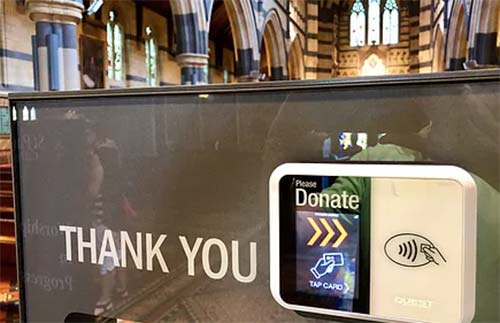